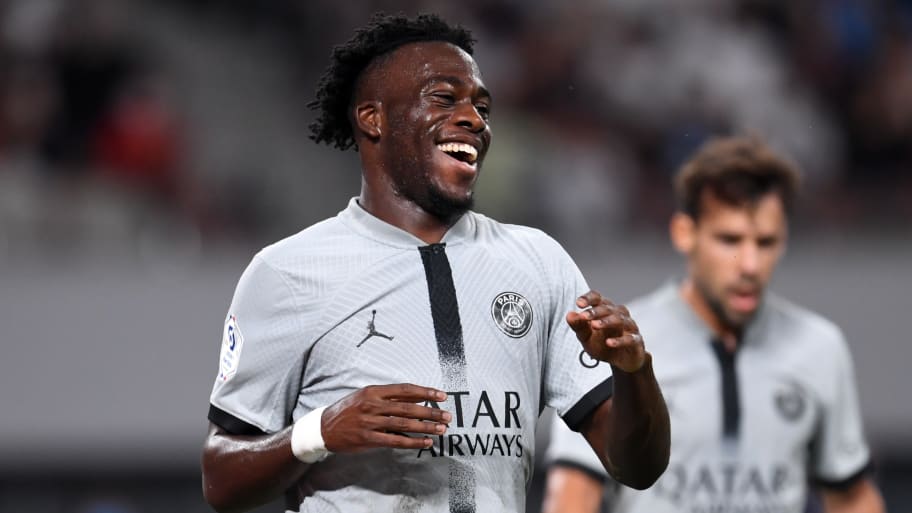 Leeds United are continuing to push for the signing of striker Arnaud Kalimuendo from Paris Saint-Germain, 90min understands.

The 20-year-old has been towards the top of Jesse Marsch's wish list this summer as the boss eyes competition for Patrick Bamford, whose absence was sorely felt by Leeds last season as they struggled in front of goal.

Kalimuendo, who netted 12 goals in 34 appearances on loan with Lens last season, is seen as the man to bolster Leeds' attack and sources have confirmed to 90min that the Whites are close to securing an agreement with PSG over a transfer fee.

Leeds have indicated a willingness to pay close to €25m for the PSG academy graduate and that fee is close to being approved by the Ligue 1 side's sporting director Luis Campos, but the problem for Leeds is that new PSG coach Christophe Galtier does not want to lose Kalimuendo.

The youngster saw six minutes off the bench in the recent Trophee des Champions triumph, coming on ahead of fellow striker Mauro Icardi as Galtier looks to hand Kalimuendo a long-term role in his squad.

Kalimuendo has indicated a willingness to join Leeds this summer but is not believed to be in any rush to leave PSG, where his contract still has two years left to run.

Success in the deal will depend on whether or not Galtier can be convinced to part ways with Kalimuendo. The boss already has both Kylian Mbappe and summer signing Hugo Ekitike at his disposal, meaning Kalimuendo may only be third in the pecking order at Parc des Princes.

Leeds have already been busy in the transfer market this summer, bringing in Brenden Aaronson, Luis Sinisterra, Tyler Adams, Rasmus Kristensen, Marc Roca and Darko Gyabi for close to £90m combined, and any deal for Kalimuendo would take their spending north of the £100m mark.

This article was originally published on 90min as Leeds remain in talks over €25m Arnaud Kalimuendo deal.