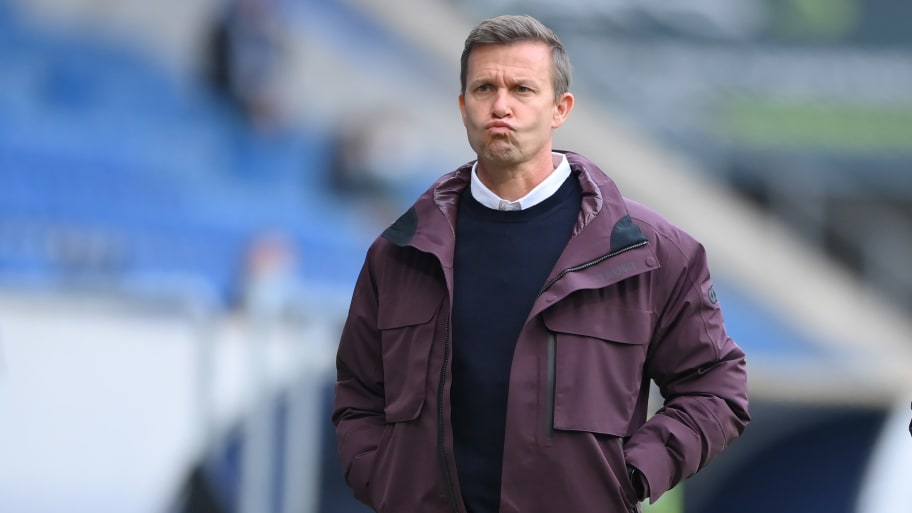 Leeds United target Jesse Marsch, who made his name in Europe with Red Bull Salzburg, would 'love' the chance to work in the Premier League, 90min understands.

The highly-rated American coach left his last job with RB Leipzig just seven months after taking charge of the club, having been brought in as a successor to Julian Nagelsmann.

Marsch, a former USA international player, has come through the coaching ranks at Red Bull - first in charge at New York before taking over at Salzburg and then eventually joining Leipzig in Germany. His Salzburg team featuring the likes of Erling Haaland, Takumi Minamino, Enock Mwepu and Hwang Hee-chan particularly impressed in the Champions League group stage in 2019/20.

Despite things going wrong at Leipzig, who fell into the bottom half of the Bundesliga in December, Marsch remains highly regarded. As 90min confirmed last week, the 48-year-old is one of the names that Leeds are considering as a possible replacement for Marcelo Bielsa.

Sources with knowledge of Marsch's situation have confirmed to 90min that he would 'love' the chance to move to England and the Leeds job would appeal.

Only last month during a visit to England, he admitted that a Premier League job is on his radar.

"Right now I want to stay in Europe. I’d certainly be open to working in England," he told The Athletic.

Talk around the Leeds job is intensifying this year, with sources close to the club unsure about Bielsa's future. The boss only works on 12-month deals at Elland Road and usually does not come to agreement until the summer, but Leeds are wanting a decision before the end of the season.

Pressure is mounting on the experienced Argentine with Leeds still in a relegation battle. But when asked about his future at his weekly press conference ahead of the weekend's clash with fierce rivals Manchester United - he did not want to be drawn on his future.

"[My future] It's not a subject we should talk about at the moment," he said.

As 90min has already reported, Marsch is not the only name in the frame for Leeds if they move on from Bielsa. Sporting CP's Ruben Amorim, Huddersfield's Carlos Corberan and former Granada boss Diego Martinez are also among those being considered.

This article was originally published on 90min as Leeds target Jesse Marsch would 'love' a Premier League job.