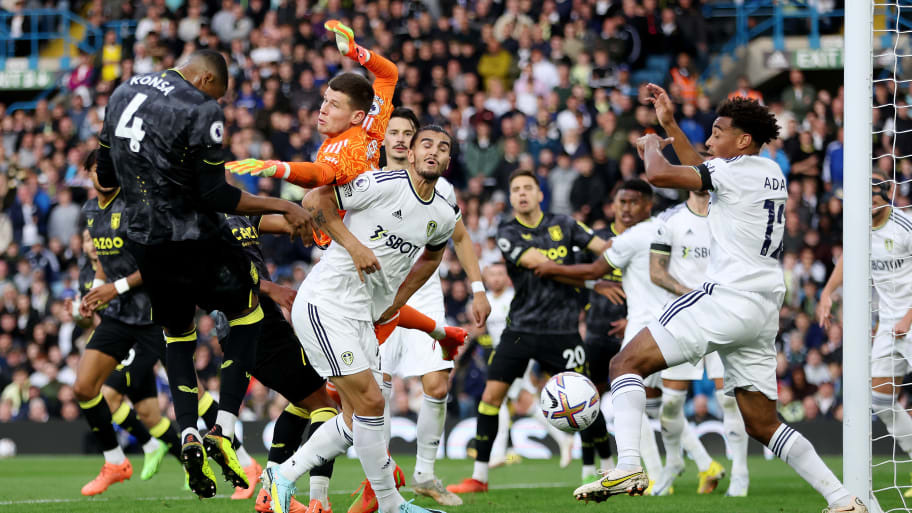 Aston Villa were frustrated by a resilient Leeds United side, who went down to ten men in the second half, at Elland Road.

Following a pretty even first half, Leeds were forced to dig in during the second after Luis Sinisterra received a second yellow card.

It was Leeds United who would have real sights of goal early in the game. Both would fall to Rodrigo, firstly when he was just unable to slide far enough to get his foot on a low drilled cross from Sinisterra, then later when he fired an effort from long range just past the post.

At the other end of the part Ollie Watkins had Aston Villa's best chances, firing two efforts from inside the penalty area goalward - both of which were well saved by Leeds number one Illan Meslier.

Aside from those moments, overall both sides rarely showed any sort of quality on or off the ball in the first half at Elland Road.

Entertainment value began to pick up at the start of the second half when a rather silly decision from Sinisterra saw him receive a second booking and his marching orders. The new signing refused to move 10 yards away from a free kick and, after blocking it with his foot from three yards, was sent off.

It was very dumb.

Moments later Villa nearly made the ten-men pay. Philippe Coutinho unleashed a miraculously acrobatic effort on goal after latching onto a Leon Bailey cross, but saw his effort subsequently cannon off of the post. Watkins was then unable to direct his follow-up effort

That was really the only time that the visitors looked capable of taking advantage of the extra man as, despite the wealth of attacking talent on their books, they looked utterly toothless in the final third up until Emi Buendia came off of the bench.

The diminutive forward help the Villans assert a bit more dominance on proceedings when he came on, coming close to opening the scoring with his brilliant strike from 25-yards out going just wide of the top right corner.

Buendia would turn provider in the 89th minute, slipping the ball through to Watkins on the left-hand side of the penalty. The England striker's subsequent effort on goal, however, was smothered by Meslier.


This article was originally published on 90min as Leeds United 0-0 Aston Villa: 10-man Leeds hold on for vital point.