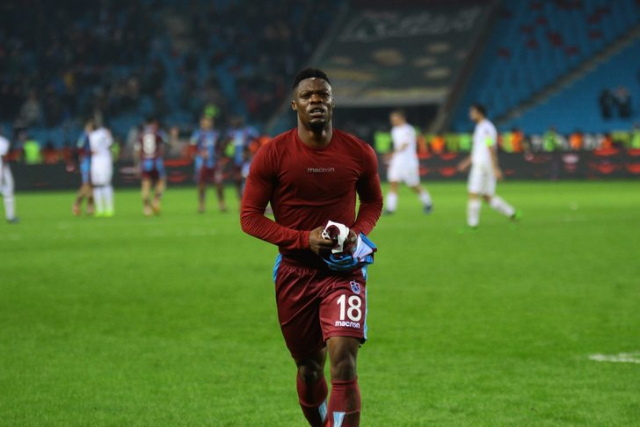 The striker, who spent last season on loan in the Super Lig continues to flourish for Trabzonspor.

The 25-year old was deemed surplus to requirement at the championship side and was shipped out on several loan spells.

However, the ex-Chievo Verona attacker seems settled at his new home.

The Ghana international scored a hat-trick against the Greek side to hand the Turkish side the advantage ahead of the second leg of the Europa qualifiers next week.

A fan who was monitoring the player's performance called on Leeds United to bring the striker back immediately.

When’s his loan finish? Get him back, Vic #lufc pic.twitter.com/wRnKJhxiIv

Ekuban has netted four times in three games in the Europa League this season.