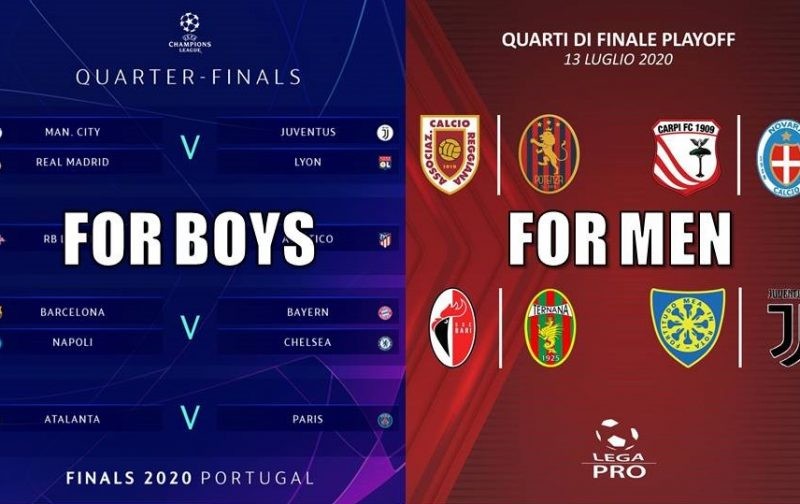 Reggio Audace, Potenza, Bari, Ternana, Carpi, Novara, Carrarese, and the Juventus Under-23 team are in the battle to earn the final place in the 2020/21 Serie B campaign, and they hold the aspiration to join Monza, Vicenza, and Reggina in Serie B.

On their official Twitter account, the Lega Pro posted a meme with the Champions League fixtures on the left side saying “for boys” and the one on the right is of the Serie C playoffs, which says “for men”.

Monza, Vicenza, and Reggina were automatically promoted from their respective groups in Serie C as they were holding the top spots before the outbreak of COVID-19.