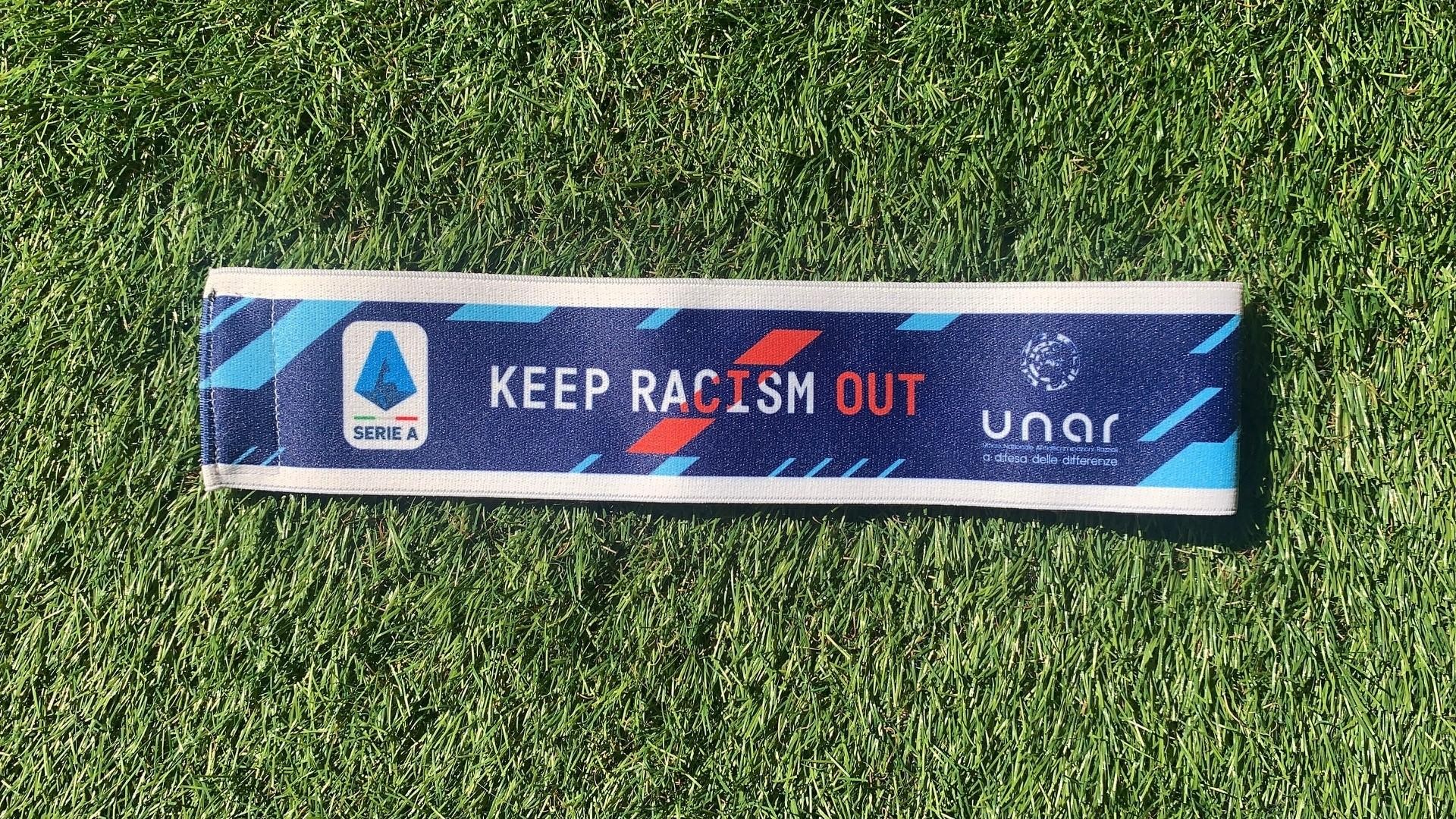 Lega Serie A and UNAR (National Anti-Discrimination Office of Italian Government) promote “KEEP RACISM OUT”, the first LNPA campaign with the aim of combatting all forms of discrimination in sports, during the first matchday of 2020/21 season (19, 20 and 21 September).

Before the start of the match, all the teams will line up in front of the branded arch, dedicated to the initiative as well as the ball plinth located on the sidelines and the fourth official's substitution/extra time board. Furthermore, all the players will have the “Keep Racism Out” patch applied on the jersey’s right sleeve and all the captains will wear the armband with the words “Keep Racism Out”.

“The initiatives scheduled for the first day of the championship are the first step of the path that we started with UNAR to fight racism in football - declared Luigi De Siervo, CEO of Lega Serie A -. Combatting all form of discrimination is one of our missions for the coming months and we will pursue this goal organising several initiatives with the support of UNAR and our clubs”.

“Seeing the work that we have been carrying out during the last months coming to life is a great satisfaction - said Omar Daffe, member of the Lega Serie A Anti-Discrimination Office -. I have been a football player and I know what suffering acts of racism on the pitch means. From now ahead, we have to condemn every discriminations harnessing the communication strength of Lega Serie A and its champions".

“This campaign shows the commitment and determination of Lega Serie A and UNAR to defeat discrimination in sports at all levels, especially in football - said UNAR General Director Triantafillos Loukarelis -. We are convinced that by working together we will be able to build a model of sports practice based on respect for all diversity. At the same time, the shared vision of UNAR and Lega Serie A will contribute to strengthening the spirit of sport, a key element for a healthy, plural and inclusive society”.