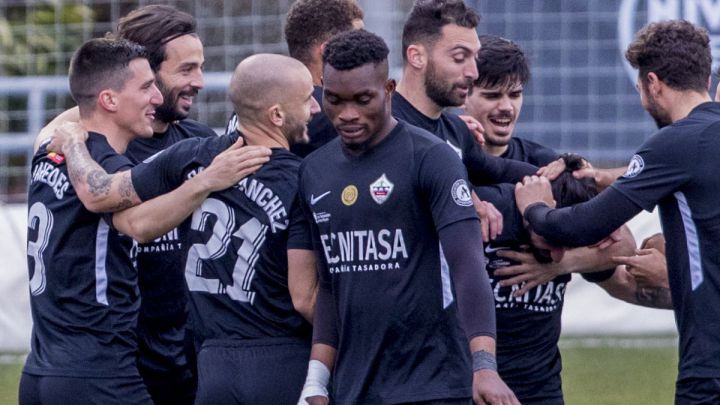 The 21-year-old had an outstanding season with San Sebastien, helping the club gain promotion to the Primeira Division RFEF.

But his return to Leganes has been hampered by the huge number of center backs at the segunda division side, and could force the young defender for another loan move.

However, Leganes want to extend the Ghanaian's contract and include clauses that will allow him leave at a higher price.

“Felix is ​​a player with enormous potential. I already started following him several seasons ago, when I was going to see Leganés B because of my friendship with Carlos Martínez. I soon realized that he is a great player. It has enormous potential," says Mario Fuentes , coach of San Sebastián de los Reyes.

"He still has to learn tactically, because he is very young, but his physical virtues and deployment on the pitch are very, very promising," he added.

Felix Ofoli Quaye could return to San Sebastien following his relationship with the club, but at the moment he is yet to join Legane's preseason exercises which begins on Thursday.

“I have no doubts that he is a player who will reach professional football. I don't know what category, but his evolution this season with Sanse has been spectacular. For us it has been a fundamental pillar," continued Fuentes.

"Here we are clear that, if the opportunity arises, the doors are open to return because in Matapiñoneras it would be important," he concluded.