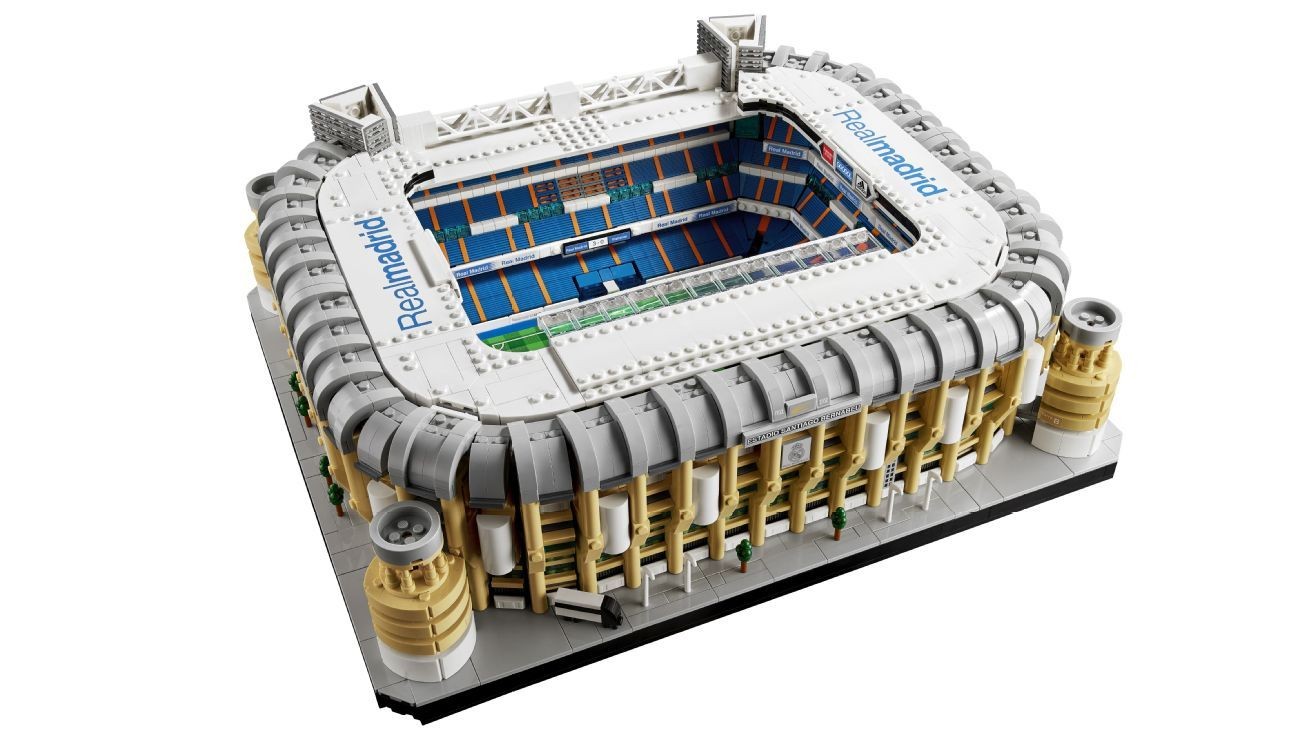 Real Madrid fans feeling nostalgic about the redevelopment of the Santiago Bernabeu stadium will be able to recreate its former, iconic look themselves after LEGO released a construction kit to coincide with the 75th anniversary of the LaLiga club's ground.

The Bernabeu, named after the club's former president, has been home to Real Madrid since 1947 and is in the midst of a comprehensive transformation to bring it into the 21st century.

The €800 million renovation project will give the home of the 13-time European champions a state-of-the-art retractable pitch to play on and the addition of a roof to play under.

LEGO's new 5,876 piece set, which is six inches tall and eighteen inches wide when assembled, is a tribute to the stadium's classic design, including its imposing concrete facade and four famous corner towers.

The model, which goes on sale next month, is part of the company's Creator Expert range -- recommended for builders over the age of 18, such is its complexity -- which also features scale renderings of Manchester United's Old Trafford stadium and Barcelona's Camp Nou home.

Is Messi bad at penalties? His career record after miss vs. Madrid2hChris WrightChristina Aguilera follows LeBron, Durant, Reynolds and Ferrell into club ownership1dGustav Elvin and Chris WrightRonaldo finally ended his worst goal drought in over a decade1dChris Wright

The mini Bernabeu features the ability to lift off the roof and split the stadium in half, so you can take a closer look at the lifelike details such as the pitch, goals, dugout and tunnel. There's even a team bus, should you wish to roleplay Real Madrid's arrival at the stadium on matchday.

Designer Milan Madge cited "authenticity and sense of scale" as being the driving forces behind the recreation, as LEGO sought to capture the essence of the 81,000 capacity arena.

In real life, the Bernabeu is currently a bustling construction site surrounded by cranes, trucks and workers.

The redevelopment goes on around the clock -- with work only briefly stopping when a game needs to be played -- in an attempt to ensure the project, which began in 2020, can be completed by the end of this year.

Thanks to LEGO, hopeless romantics who were fans of the old design can at least now keep it alive, in miniature, in their own homes.