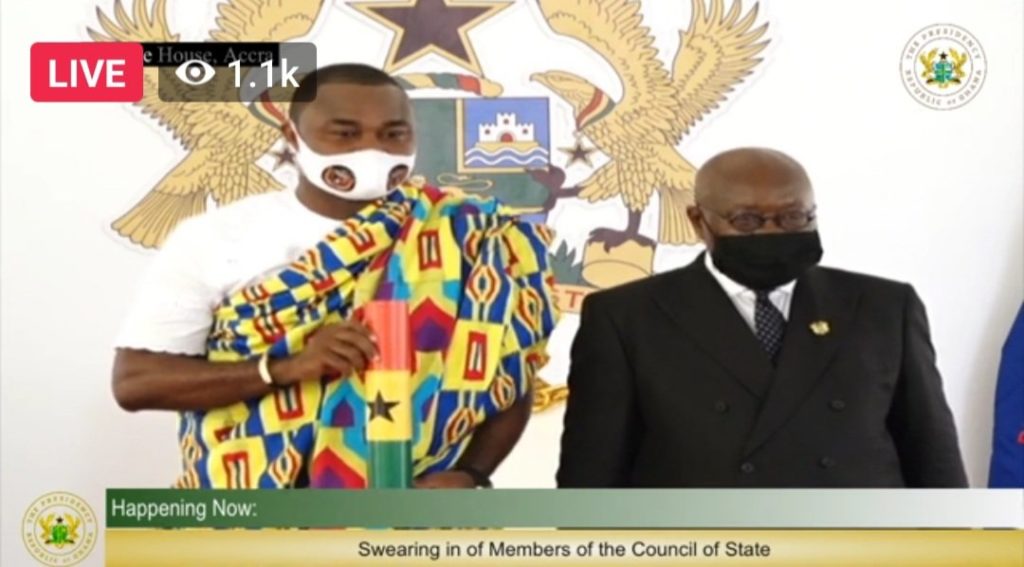 Board Chairman of Ghana Premier League side Legon Cities, Mr Richard Atikpo has successfully been sworn in as the representative of the Oti Region on the council of State.

At a ceremony on Tuesday, the affable football administrator was sworn into office with 15 others by President Akufo Addo for the next four years.

Richard Atikpo massively won the contest after pulling 11 out of 16 votes to represent the new region.

The election for the council of State representative took place across all the 16 regions early this month.

The selection is in accordance with Paragraph (C) of Clause (2) of Article 89 of the 1992 Constitution.

President Nana Addo Dankwa Akufo-Addo had already appointed 11 people to serve on the Council of State for his second term in office.