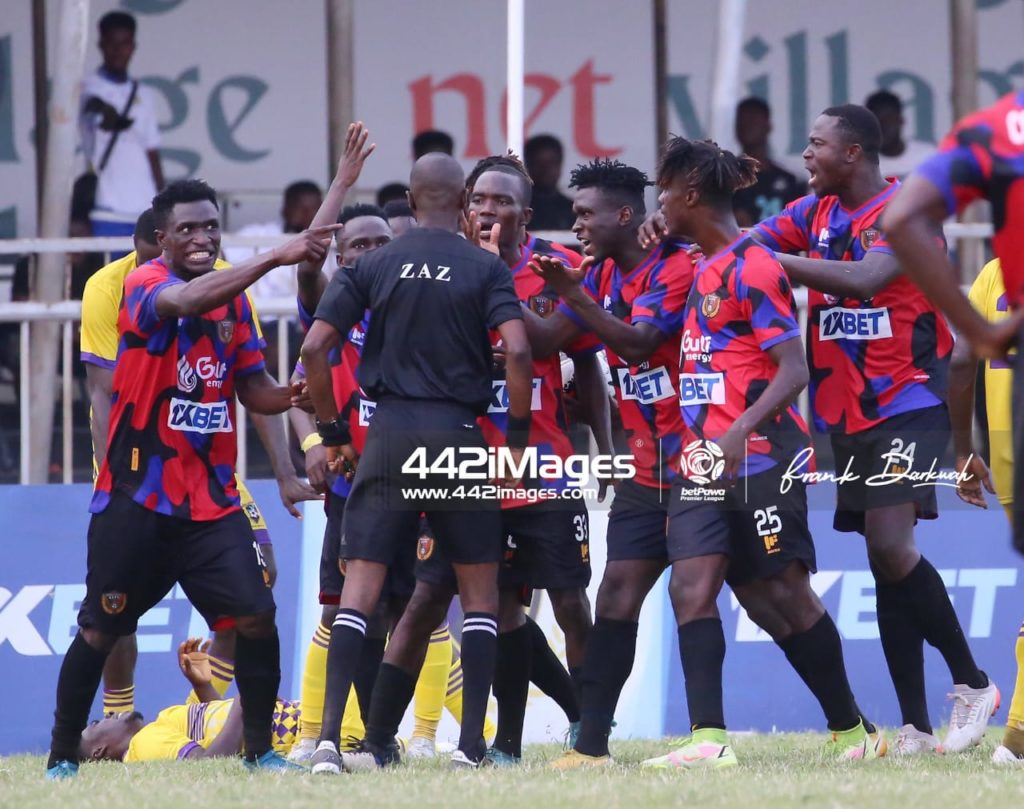 Ampadu was sent off for the incident and faces additional punishment from the Ghana Football Association (GFA).

The GFA also charged Legon Cities for failing to ensure the safety of match officials at Accra's El Wak Stadium.

A club official, Kwabena Asenso Onyina, has also been charged.

Again, the Club was charged for failing to ensure the safety of match officials as officials of the club (Salifu Yaya, Kwabena Asenso Onyina) were seen verbally attacking the match officials while on their way to the dressing room and also attempted to physically attack the referees.

Lastly, the Club was charged after its supporters deflated the rear tyres of a vehicle belonging to the centre referee (Charles Benle Bulu).