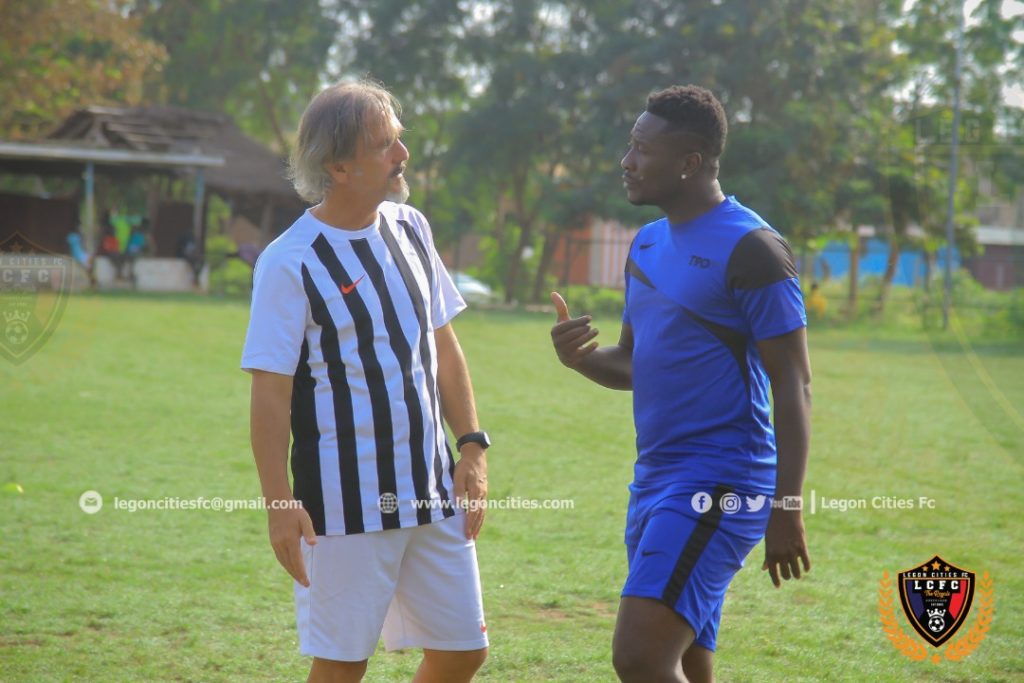 Gyan, 34, joined the nouveau-riche side in the biggest deal of the local transfer window after signing a one-year deal worth $250,000.

The former Sunderland hitman has not played competitive football since the beginning of the year when he returned to the country after sustaining an injury while playing for his former club NorthEast United.

He missed the side’s opening day 1-1 stalemate against Berekum Chelsea.

The striker was again missing when the Royals were mauled 3-0 by Great Olympics on Friday.

Coach Barjaktarević was quizzed about update on his star forward during his post-match interview.

“Very soon, very soon. I don’t know the actual date but you will see him very soon.”

“He is close to return to the pitch.”