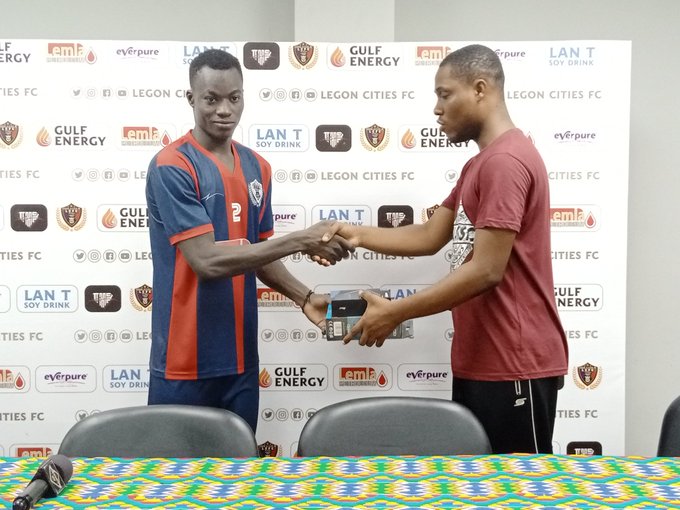 Legon Cities FC midfielder Abdul Karim Jabila was named Man of the Man in their 1-0 win against Bechem United in the 2019/20 Ghana Premier League on Friday night.

The Royals recorded their first win of the campaign after five attempts to jump out from the relegation zone.

The branding kings of Ghana football won the game thanks to a 4th minute free-kick strike from Abdul Jabila.

The Kpandai-born midfielder's display in the game earned him the Man-of-the-Match accolade.

He has featured in five out six games for the side in the ongoing season.