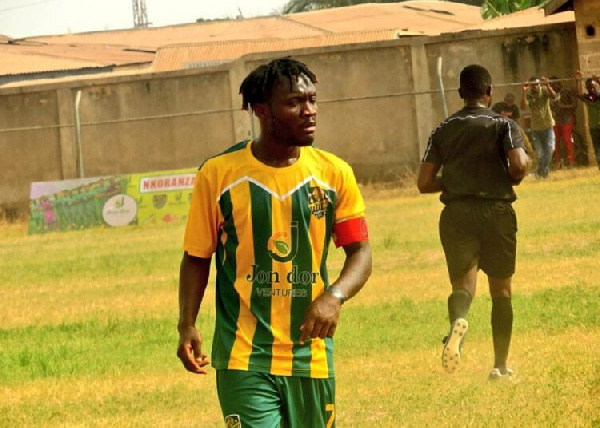 Ghanaian top-flight side Legon Cities FC have made an offer to sign second-tier side Nkoranza Warriors midfielder Emmanuel Sarkodie, per reports in the local media.

The midfield gem has been a target for several clubs in the Ghana Premier League including giants Hearts of Oak and Asante Kotoko following his great form in the Division One League.

Last week, Kotoko were reported to have reached an agreement for the deal while Hearts are said to have held several meetings with the player's representative over a possible switch.

However, it appears the two might have lost the battle to nouveau-riche Legon Cities. The club are said to have made a bumper offer which Nkoranza Warriors are considering.

If accepted, Sarkodie will represent Legon Cities for the remainder of the 2019/20 season which has been halted due to the coronavirus pandemic.