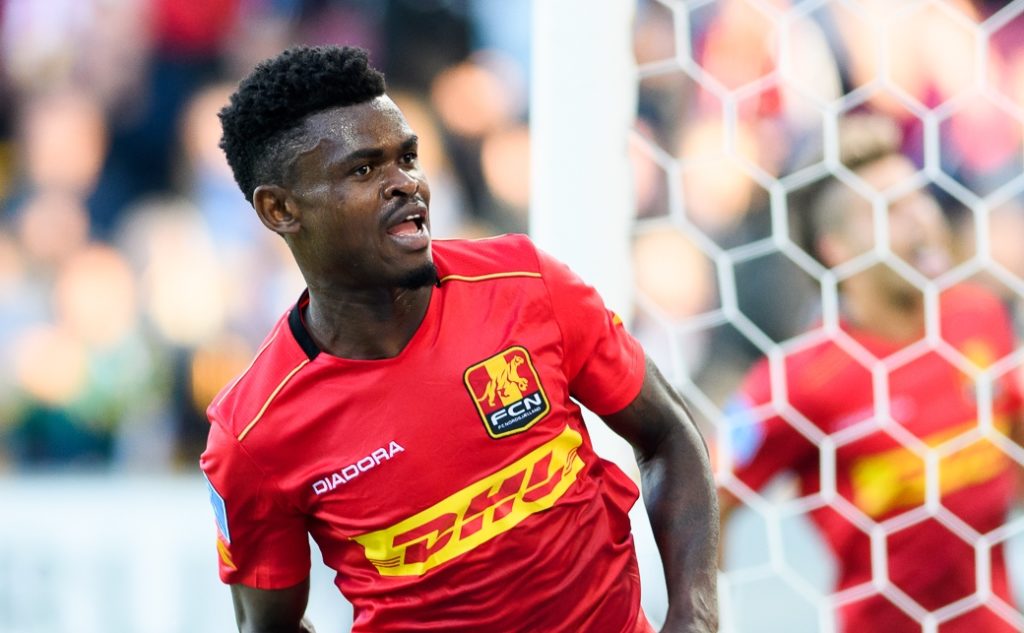 Scouts of the Foxes as well as Everton and Bournemouth have watched the Ghanaian in the Danish Superliga this season.

The 24-year-old is on cloud nine in Denmark where he has impressed heavily for the top-flight side.

The hugely talented Ghanaian forward, who has renewed his deal with Nordsjaelland, has scored seven goals in 9 appearances for the side this term.

Leicester City, Everton and Bournemouth are believed to be interested in the forward and could slap in an offer in the winter as part of Gambling Deals being done by clubs to get the best talent.

However, Nordsjaelland's quest to sell will prove the catalyst if the Ghanaian will get a dream move to the English Premier League in January.

There have been a groundswell of support for Godsway Donyoh to earn a national team call-up after an explosive time in the European country.

English side Manchester City signed the Ghanaian from the country's Right to Dream Academy in 2013 but was immediately sent out on loan to Swedish Allsvenskan side Djurgarden.