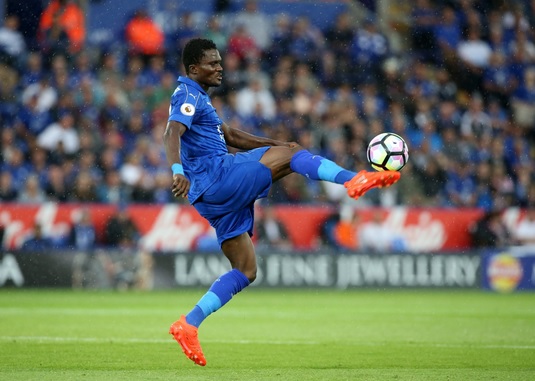 Ghana defender Daniel Amartey will have a decision to make in the coming days as he has an option to move to German side Hannover or continue playing second fiddle in England.

Amartey-bought from FC Copenhagen in the historic title winning year (2015/2016) has never really made the cut as a starter for the club.

The conundrum is that he is viewed by Leicester manager Shakespear as a midfielder when clearly he has excelled as a defender in his formative years.

Shakespeare favors Indidi ahead of him and it was not a good narrative when his introduction against Arsenal culminated in the team losing their lead and eventually losing the game on match day 1.

There seem to be light at the end of the tunnel with German side Hannover exploring the possibility of taking him up on loan with an option to buy.

It however remains to be seen if Amartey will want to move to the Bundesliga or stay and give it a fight one more time.