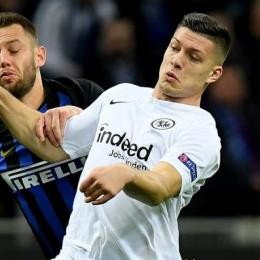 Already tracked by a bunch of clubs, notably Arsenal, Chelsea, AC Milan, Napoli, and Wolfsburg, Serbian international striker Luka Jovic (22), who might be on his way out from Real Madrid after just one season, out of a very disappointing debut campaign, has been targeted by Leicester City, according to latest UK news. Former Eintracht Frankfurt hitman is currently on a deal with Merengues until June 2025, and was purchased from German club on a 60 million euros transfer fee.