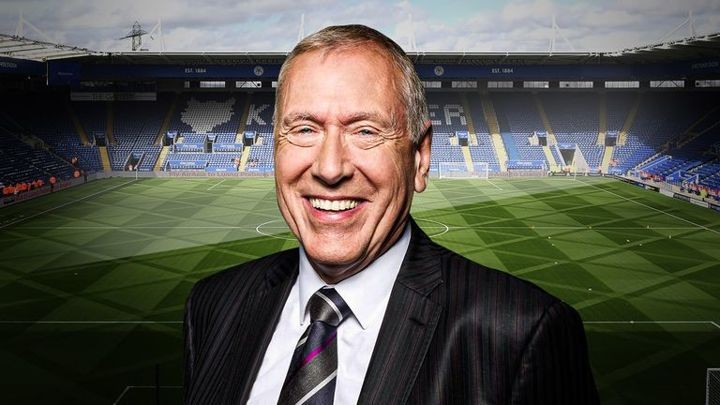 At a time when football grounds have closed their doors, we've asked Martin Tyler to share some of his favourite facts and memories of the homes of the 20 Premier League clubs.

In part nine of the series, Sky Sports' Voice of Football takes us on a virtual visit to Leicester's King Power Stadium, which has witnessed some fairytale moments in its short history.

Martin has also recorded some of his much-loved Tyler's Teasers videos from his home. Hit play for a tricky question about Leicester players who won the Premier League - but not with Leicester.

King Power Stadium: How I get there

By car. It is a ground well served by motorways. It is about as far as I would travel under my own steam.

The position is opposite the players' tunnel and very simple to get to from there, a stroll round the pitch and a walk up to the back of the stand. The supporters are usually very cheery and welcoming, even more so when I am working with Alan Smith, a Leicester legend.

It is draughty up there in the winter because behind the platform it is open at the rear, but the passion in the ground is very invigorating.

It came against Watford in what is now the Championship. In both games Deane scored twice and was on the winning side, 2-1 and 2-0 respectively

My most notable memory of King Power Stadium

Seeing Leicester City being presented with the Premier League trophy.

In my opinion, it is the greatest feat in the history of this league, even eclipsing Arsenal's incredible Invincible season. Most unusually for Sky Sports, we had a sound problem as the medals were being handed out, but happily it was solved just in time for the trophy lift.

It was an amazing day which went on long into the evening. The players did not want to go back inside and just wandered around the pitch with their families. There were stacks of interviews going on and I saw Jamie Vardy just meander into one broadcast conversation, to the obvious surprise and delight of those who were taking part. After their miraculous escape from relegation 12 months earlier it was a footballing fairytale.

On the subject of Vardy, I was fortunate to be holding the Sky Sports microphone when he set that new record of scoring in 11 consecutive Premier League matches. Eleven was heaven for the striker whose rise from non-League football has captured the imagination of so many football lovers.

From the side of the city, I come in from, you pass by the site of the former stadium, Filbert Street. The old car park is about the only landmark, but for those of us who have worked at both grounds there is a whiff of nostalgia.

It is impossible to pull into the current car parking area beside the television trucks without a pause to remember the fateful helicopter crash which happened so close by, taking the life of club owner Vichai Srivaddhanaprabha and four others. Just two and a half years after such a brilliant triumph came this terrible tragedy.

Leicester City Football Club and the people of Leicester handled both occasions with dignity and class.

On Friday: Martin brings us his guide to Liverpool's Anfield