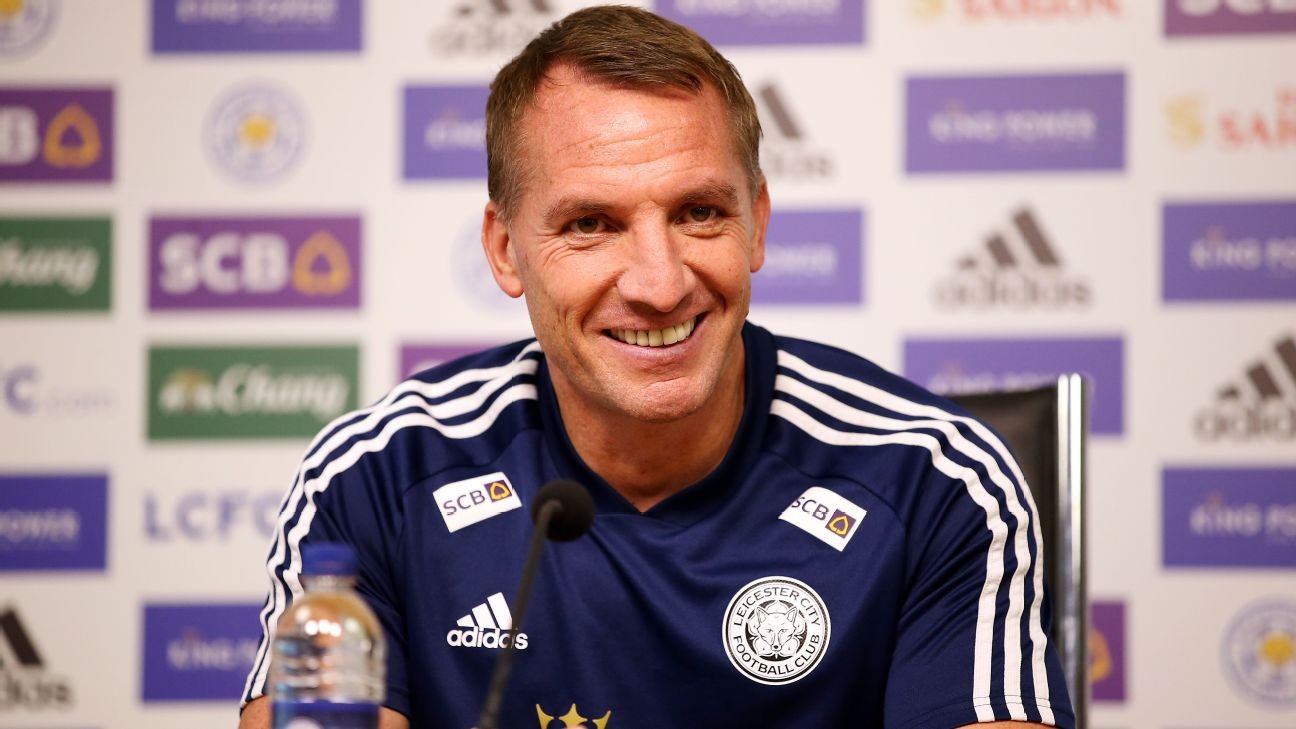 ESPN FC's Steve Nicol explains why Manchester United had no choice but to pay the premium Leicester demanded for Harry Maguire.

Brendan Rodgers has challenged Leicester City to end their 21-year wait for a win at Manchester United on Saturday to prove the club's ability to challenge for a top six finish this season.

Leicester, Premier League champions in 2016, travel to Old Trafford defending an unbeaten record so far this season, with Rodgers's players sitting third in the Premier League table behind Liverpool and Manchester City.

The Foxes are regarded by many observers as the team most likely to break into the top six this season, with Ole Gunnar Solskjaer's United arguably the most vulnerable to being overtaken by Leicester.

And with Leicester having not won at Old Trafford since January 1998, Rodgers said that ending that run this weekend would be statement of his team's intent this term.

"United are a top class team with outstanding players, but I am also aware Leicester haven't won there for 21 years and I'm determined for us to go there and get a result," Rodgers said.

"The game is not a barometer for our ambition. Our ambition is there, but it's a long season and we're really looking forward to the game.

"United will always have quality. Maybe some of the results they've had recently suggest otherwise, but you always have to go and earn your right to play there.

"You have to have belief. Whether it is warranted or not, you need to believe and you have to be able to go to any arena and believe you can win.

"The way we have created our mindset, we have that belief and we go to Old Trafford with a confidence that if we play well and to our level, we have a chance. We know we can go there and perform."

A win for Leicester on Saturday would take them six points clear of United, but Rodgers is happy for his players to take on the pressure of being candidates for a top-six finish.

"It is early, but whatever expectation is there, we embrace it," he said. "We have made a very good start and the players have had their rewards for focus and commitment over summer.

"But it is still very early. So much can happen. Our job is to get to the halfway point and see where we are, but it's a brilliant game for us and a chance to show our qualities."

Leicester will come up against Harry Maguire on Saturday for the first time since the England international became the world's most expensive defender with an £80 million move to United in August.

And Rodgers said that he is still in touch with Maguire, despite the player making it clear that he wanted to leave this summer.

"I text Harry still, and wished him the best playing with England the other day," Rodgers said. "He was a remarkable guy, a fantastic player and his behaviour in the period here during the summer typified him as a man.

"All the way through the summer, his behaviour was always exemplary and he has gone to United and made them better."