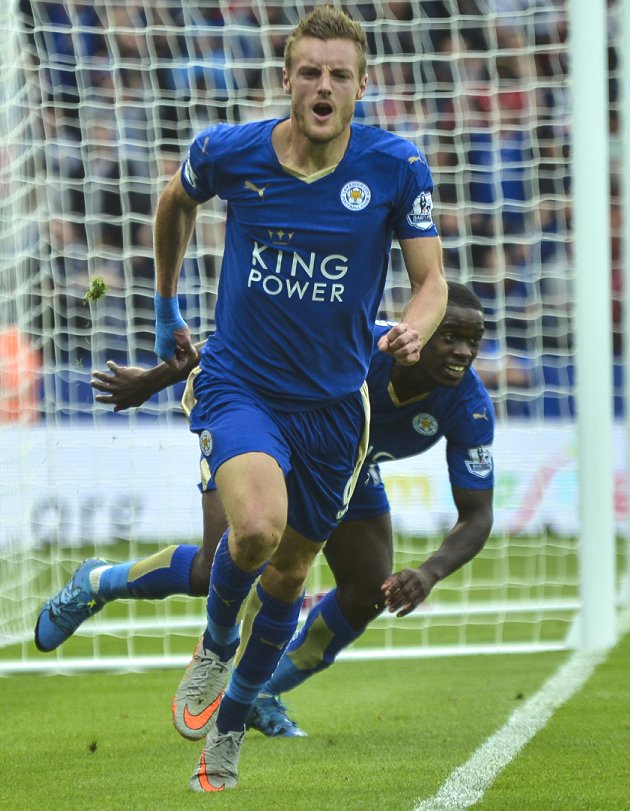 Vardy managed to create history by becoming the first player to score in 11 consecutive Premier League matches with his strike against Manchester United on Saturday and the 28-year-old now has a stunning 14 goals in as many appearances this season.

Vardy's wonderful goalscoring exploits have certainly impressed many and now former Liverpool star Redknapp has implored Leicester to tie down their star man to a new contract in order to stave off interest from bigger clubs.

"When Jamie Vardy scored in his fifth game in a row, I thought: 'Well, he'll run out of steam soon.' When he scored in his eighth, it was: 'Ah, he still can't do it.' Now he's scored in 11 and set the record," Redknapp wrote in his column for the Daily Mail.

"Leicester must reward him. Only three players have ever scored more Premier League goals after 14 games and two of them went on to lift the golden boot. Vardy is up there with the best of them.

"But it's a gamble for Leicester. Vardy has two-and-a-half years left on his contract so do they boost his deal and hang on to him or cash in? He's had a fantastic season, as have Leicester, but they will do well to repeat it next time around.

"Vardy deserves rewarding and I hope Leicester keep him because he and the club are a great fit. Now he should see just how far his goals can take them."