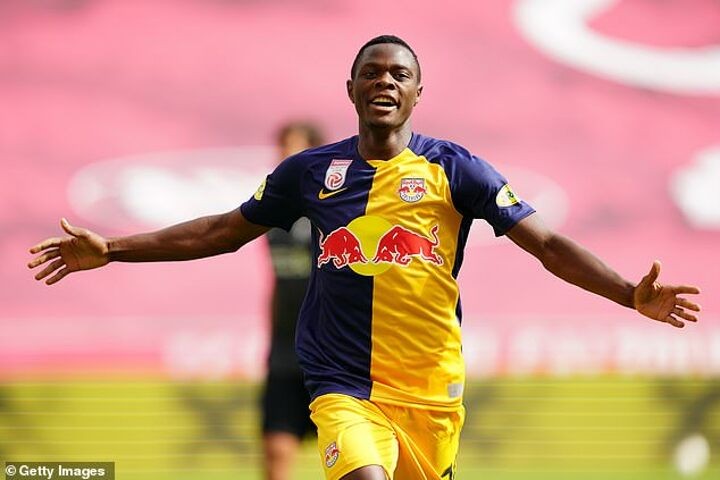 Leicester City are closing on a £25million deal for Red Bull Salzburg striker Patson Daka after growing frustrated in their pursuit of Celtic's Odsonne Edouard.

Talks advanced on Thursday for the 22-year old Daka who has been trailed by some of Europe's top clubs, with Chelsea and Liverpool both reported to be interested - after scoring 34 goals last season for the Austrian club.

Daka, a Zambia international, was named Austria's player of the season and Leicester have moved quickly to head off competition. He is also understood to have commanded less salary-wise than Edouard.

They had lined up France U21 international Edouard since January but negotiations over the fee with Celtic had become protracted.

Edouard had one year left on contract but his previous club Paris St Germain had a 40 per cent sell on and Celtic were asking £25m.

Edouard may now look elsewhere but is also considering seeing out his contract and leaving as a free agent.

The Sun have reported that Daka was also being targeted by Jurgen Klopp, Thomas Tuchel and West Ham.

Foxes boss Brendan Rodgers has stressed the need for a reliable goalscorer after losing Jamie Vardy for a spell last season.

'We'll want to strengthen at the top end of the field,' he admitted at the end of the last campaign. 'We need more of a goal threat, and we need to have a bit more physicality in the team.