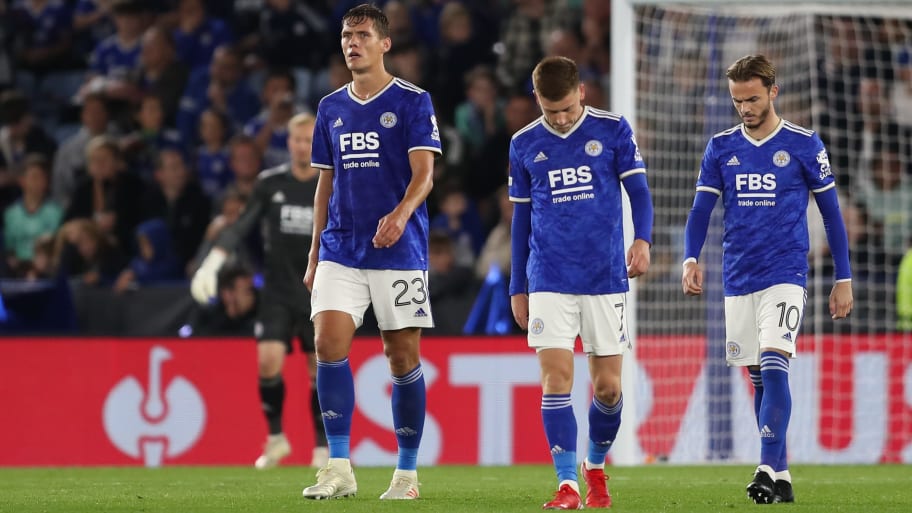 Leicester have a trip to the seaside to look forward to on Sunday, as they travel down to the south coast to take on Brighton.

The Foxes have won twice and lost twice in the Premier League so far and will be desperate to get back to winning ways after throwing away a two-goal lead against Napoli in the Europa League on Thursday.

Brendan Rodgers still has several injury concerns to deal with and rotation is likely following their midweek game. Here is the starting XI he is most likely to go with.

Kasper Schmeichel (GK) - Unfortunately for Danny Ward, Schmeichel is Leicester's number one in every competition. The Foxes captain started on Thursday and he will remain in goal here.

Timothy Castagne (RB) - Ricardo Pereira is still a doubt after picking up an injury just before the international break. Castagne - who has done well since arriving from Atalanta last summer - will play in his stead.

Caglar Soyuncu (CB) - Soyuncu is in the worst form of his Leicester career and struggled again after coming on against Napoli. Unfortunately for Rodgers, due to injuries, he will have to keep playing the Turkey international for now.

Jannik Vestergaard (CB) - Vestergaard has looked fairly solid in a blue shirt so far and he will need to be again with Soyuncu next to him.

Luke Thomas (LB) - Ryan Bertrand has started each of his side's last two games but as he played a full 90 minutes on Thursday, Thomas should make his return to the starting XI.

Marc Albrighton (RM) - Ayoze Perez did nothing wrong against Napoli, even opening the scoring with a precise strike. But for rotation reasons Albrighton should keep his place from Leicester's last Premier League outing.

Wilfred Ndidi (CM) - Without doubt one of the best defensive midfielders on the planet. How a big club have not broken the bank for him yet is a mystery.

Youri Tielemans (CM) - Tielemans' future ultimately lies away from King Power Stadium and Boubakary Soumare is likely his long-term successor. However, while he remains a Fox, the Belgian is an automatic pick.

Harvey Barnes (LM) - Barnes finally opened his scoring account for the season against Napoli following a frustrating start in front of goal. He has tended to score in streak in the past, which is bad news for Brighton.

James Maddison (AM) - Maddison has been largely ineffectual to start the season. He needs a good performance here with both Kelechi Iheanacho and Patson Daka impressing in midweek.

Jamie Vardy (ST) - Rested for the Napoli draw, Vardy will be looking to add to his goal tally of two on Sunday.

This article was originally published on 90min as Leicester predicted lineup vs Brighton - Premier League.