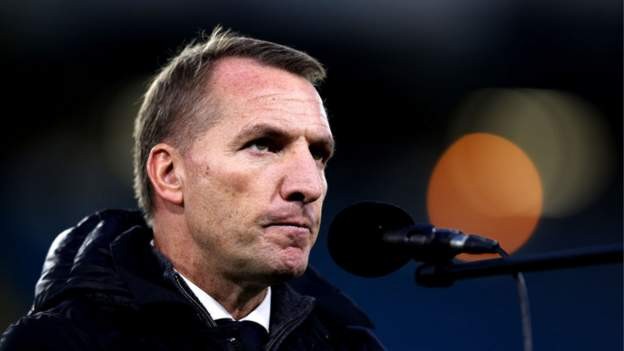 Players are unavailable because of a combination of positive Covid-19 tests as well as some feeling "unwell".

Three members of the backroom staff have also not made the trip.

"We have had some positive cases and some people who are not well so we haven't taken the risk," boss Brendan Rodgers said.

"We will have seven [players] unavailable. It's been the last few days really, you're starting to see a few more cases. It's about the health of our players and we have to respect the travel, coming into Italy.

"We still have a strong squad here, but unfortunately not a fully-fit squad."

Leicester, who are currently top of Group C in the Europa League with eight points from five games, will qualify for the last 16 if they beat Napoli.

"It's one we're very comfortable on, knowing it's in our own hands," Rodgers added.

"If we win, we top the group, if we don't lose we qualify. The key is to be positive in our mindset and try to win the game. They are an excellent team but we played really well against them at home."

Tottenham manager Antonio Conte confirmed on Wednesday that eight Spurs players and five members of staff had tested positive for Covid-19 and would be unavailable for their Europa Conference League game against Rennes on Thursday.