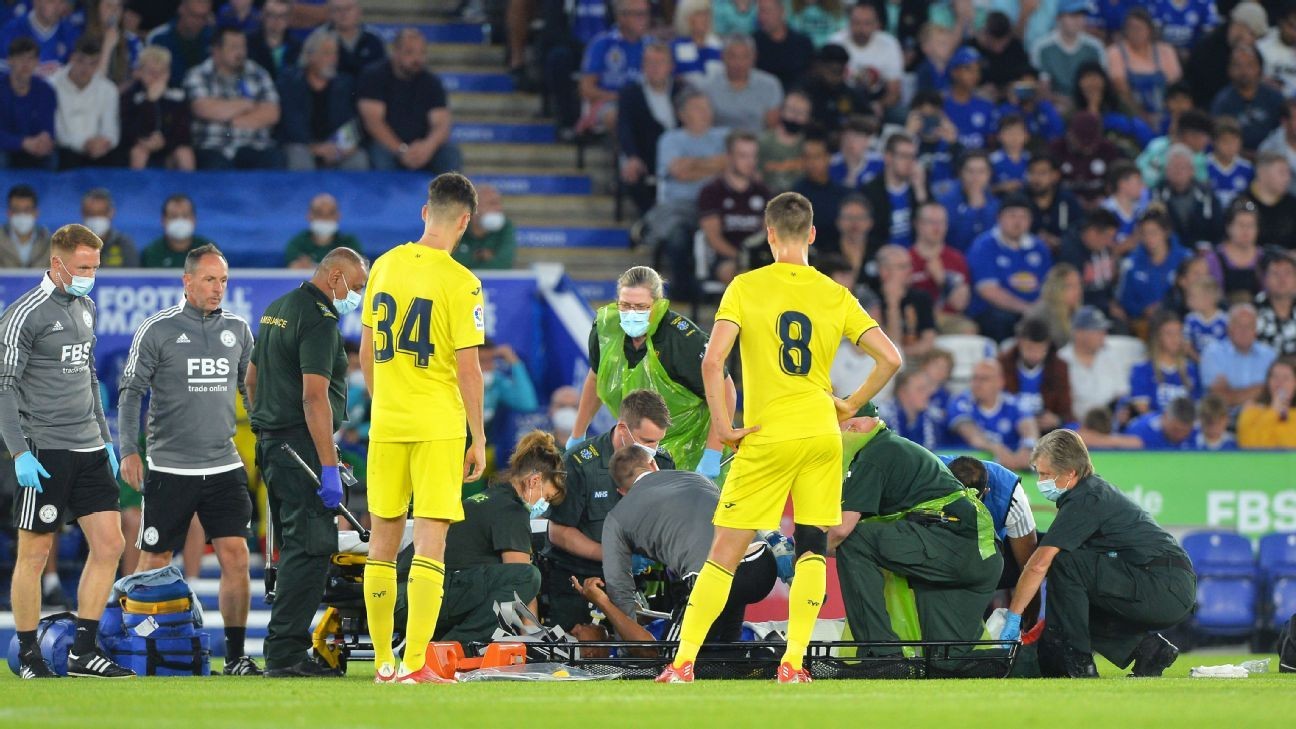 Leicester City defender Wesley Fofana was carried off on a stretcher with a leg injury during the club's preseason friendly against Spanish team Villarreal on Wednesday.

The 20-year-old French defender was rashly tackled from behind by Villarreal forward Nino and received lengthy treatment at the King Power Stadium before being carried off.

Fofana was a key member of Brendan Rodgers' side in his debut campaign last season.

Leicester face Manchester City in the Community Shield on Saturday, with the new Premier League season starting the following weekend.