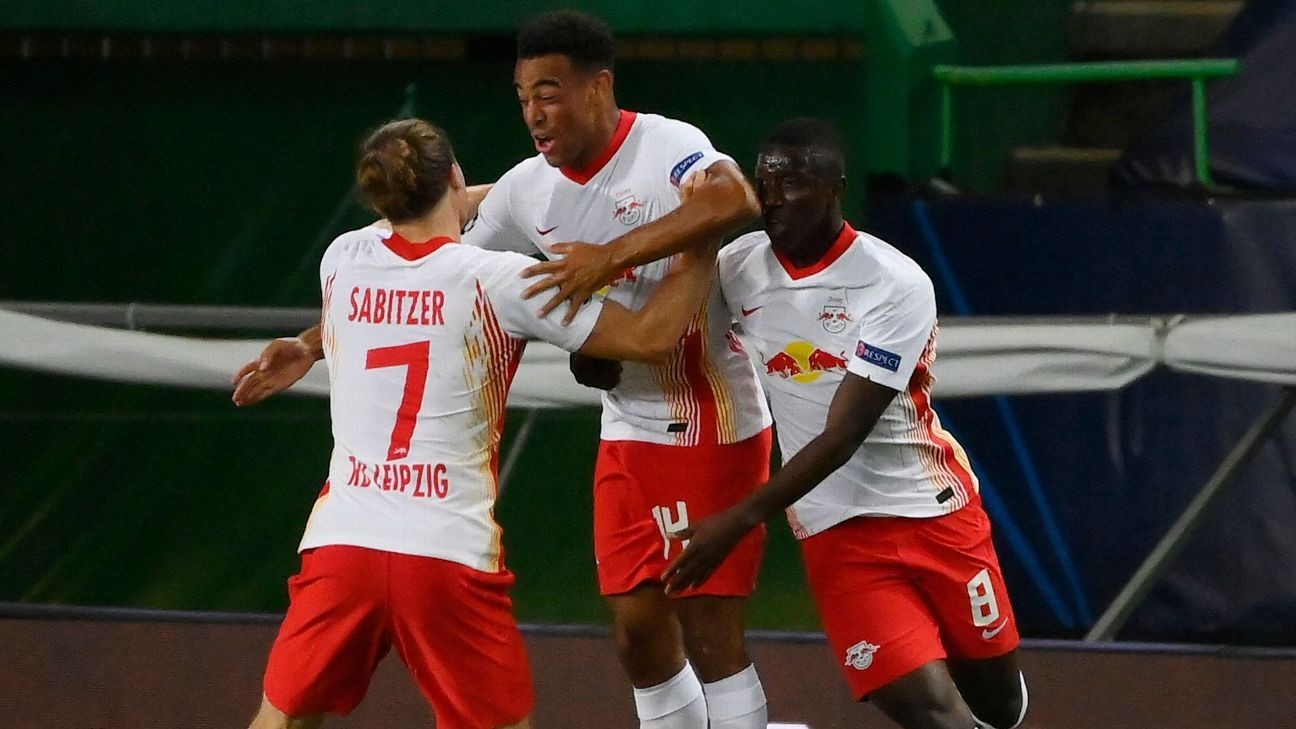 The dramatic late win marks the first time the Bundesliga club has reached the last four of the competition and sets up a clash with Paris Saint-Germain on Tuesday for a spot in the final.

Leipzig struck first five minutes after the break when Dani Olmo finished off a nearly 20-pass move with a cushioned header past a helpless Jan Oblak after finding a pocket of space between four Atletico defenders just outside the six-yard box.

Joao Felix changed the complexion of the game upon his arrival from the bench in the 58th minute, teasing Leipzig defenders with delightful dribbling and proving a dangerous threat down the left side. And he was rewarded for his work 13 minutes later when he won and scored a penalty after bursting onto a fine layoff and suffering a Lukas Klostermann foul in the box -- the former Benfica man then calmly beating Peter Gulacsi from the spot to even the score at 1-1.

But Leipzig were not deterred and struck back on the break through substitute Adams a minute before time when the American midfielder ran onto a pass at the top of the box and fired a low shot that took a heavy deflection and left Oblak stranded as the ball bounced into the goal.

The goal made Adams the first U.S. International to score in the UEFA Champions League Quarterfinals or later.