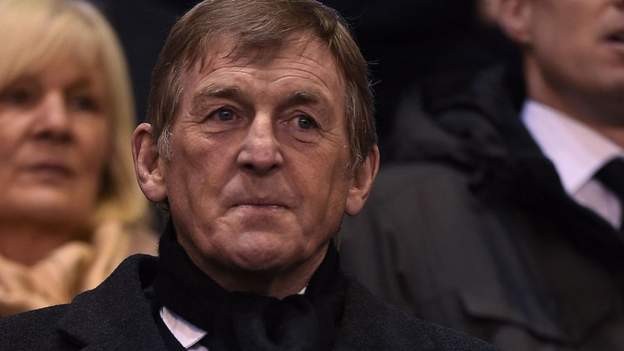 Neil Lennon is "the man who deserves to be in charge" at Celtic, according to Sir Kenny Dalglish.

The Premiership champions are without a win in their last three games against Rangers, AC Milan and Aberdeen.

But Celtic and Liverpool legend Dalglish believes Lennon has more than earned the right to attempt to be the first manager to guide a Scottish side to 10 consecutive titles.

"He's proven himself many times", he said.

"He won't deliver 10-in-a-row himself in isolation, he needs a lot of help from a lot of players. But for me, whether it's 10-in-a-row or it's not, he's still the man who deserves to be in charge.

"It happened last year, Rangers were top at Christmas, then a complete turnaround and Celtic ran away with it."

Celtic are six points behind league leaders Rangers, with a game in hand over their Glasgow rivals.

Dalglish said that there would be "no hysteria" within Celtic though.

"The people making decisions, from the football club's point of view, will probably be behind Lenny," he added.

"Surely your career and services to the football club deserve more than three games, when you take into consideration the changes he's had to make and the number of people he's had unavailable.

"They know what he's done before. They know the success he's had before, and he's been fantastically successful."