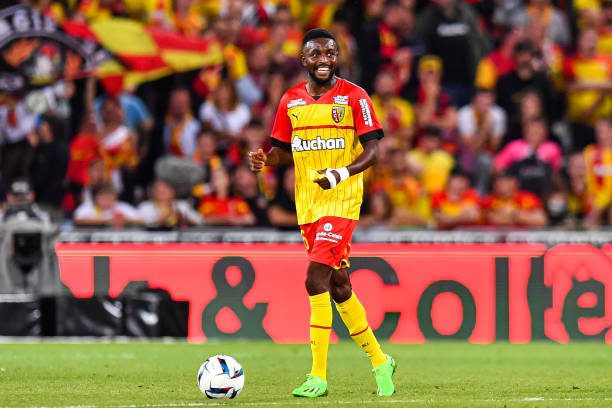 Lens midfielder Salis Abdul Samed has explained that he turned down a Black Stars call-up in May due to an injury, not because he didn't want to be on the reserve list, as head coach Otto Addo was quoted as saying.

According to Africa Football News, Otto Addo said a call-up for Salis was impossible after he indirectly rejected it in a previous conversation.

Salis is said to have refused to be placed on his reserve list after a conversation about joining Ghana's 2023 Africa Cup of Nations (AFCON) qualifiers against Madagascar and the Central African Republic in May.

The quotes have Addo as saying: “Salis Abdul Samed, he played at Clermont Foot with Alidu Seidu, I called the two in May, and we still have a list with players on stand-by to be prepared in the event that players are injured.”

“Then we had a lot of injuries in June, so I invited Alidu Seidu but Abdul Samed didn’t want to be a reserve so he wasn’t on the list, I couldn’t invite him. So, he is the one who excludes himself from the list? Yes, that’s it.”

Salis confirmed he spoke with coach around that time, but he fears Addo misinterpreted him.

Salis claims he had a knee injury at the time of the call-up and was undergoing treatment, making it risky for him to be available as the manager desired.

“Someone sent me something, an interview of the coach [Otto Addo] talking about when he called me and I was at Clermont [and] I didn’t want to come.”

“It is not that I didn’t want to come. I’ve e been at Clermont for two good years without playing. I’m now playing and at that time, I had a knee problem — my knee was paining me a little bit.”

“Maybe the coach didn’t understand me well, that’s why he took offence. I wanted to go and treat my knee and wait for the second round of the season,” Samed told Joy Sports.

Salis has been in excellent form since moving from Clermont Foot to Lens. In all eight games this season, he has played at full speed, averaging 72 touches.

The 22-year-old is ranked second in French Ligue 1 for distance covered.