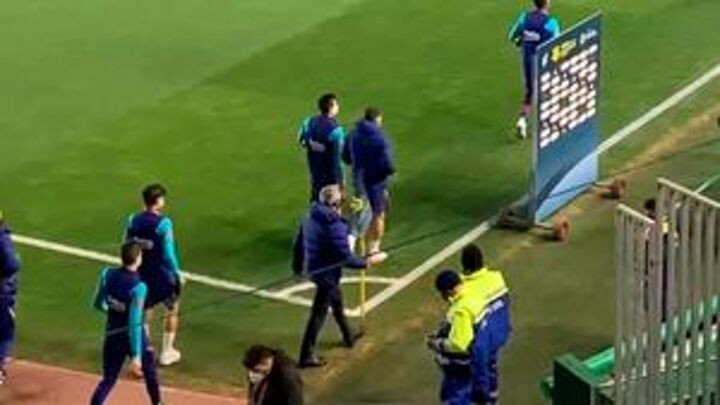 Lionel Messi will be in Seville this weekend, there's no doubt about that. Barcelona coach Ronald Koeman has called up the whole squad to travel for this weekend's Spanish Supercopa final at La Cartuja against Athletic Club de Bilbao.

The big unknown is whether he will be able to play having missed the semifinal injured. That's his objective but everything depends on how he feels on the day of the game.

The Barça captain asked to come off against Granada last Saturday, although at the time it seemed just a scare and he was named in the squad to face Real Sociedad.

However, he did not feature in Cordoba after feeling pain in training he day before the game and in the end he wasn't even named on the bench as Barça progressed on penalties.

Barça have not released any medical statement on the severity or nature of the injury and it's all boiled down to speculation.

The reason for that, sources at the club, is that there's no actual injury, just discomfort and they don't want to take any risks with their stat player.

On Thursday, Messi tested his feelings at the training ground and they were better. On Friday, he worked alone rather than training with the team ahead of the final.

Messi wants to be available to play Athletic but the decision will be taken at the last moment. There's more optimism than Wednesday, but nothing is certain.

He plans to train with his teammate on Saturday evening in Seville and take a decision on Sunday, when the team will do a light session on the morning of the game.