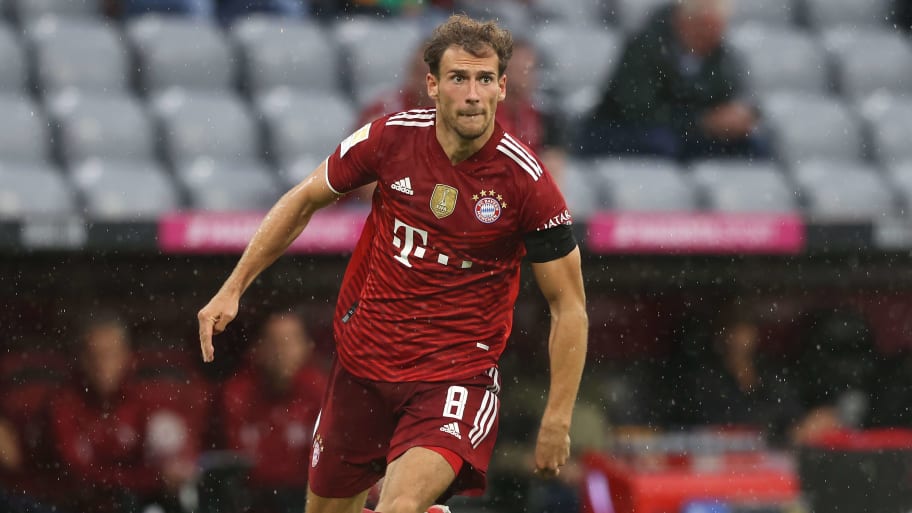 Bayern Munich midfielder Leon Goretzka is thought to have agreed a new long-term contract with the Bundesliga champions, securing his place at the Allianz Arena for the foreseeable future.

Goretzka’s existing deal is due to expire at the end of this season, which raised the possibility that he could leave Bayern on a free transfer and start negotiating with overseas clubs as of January. In that respect, the 26-year-old had been linked with Manchester United.

But, despite contract talks dragging on, Goretzka himself is never thought to have wanted to leave Bayern and now appears to have been granted his wish.

No official announcement has been made by the club, but Kicker has reported that an agreement over a five-year contract until 2026 has been reached.

It comes as a significant boost for Bayern as Goretzka has started all four of the club’s Bundesliga games so far this season alongside Joshua Kimmich in the centre of midfield.

Kimmich himself signed a new contract as recently as last month, pledging his future to Bayern for at least another four years until the end of the 2024/25 season.

Goretzka and Kimmich are both 26 and hitting their respective peaks, providing a foundation for Bayern to enter a new era in the coming seasons.

The 2020 European champions begin their 2021/22 Champions League campaign this week with a trip to Camp Nou to face Barcelona. The clubs haven’t met since Bayern humiliated the Catalans in an 8-2 annihilation on neutral soil in the 2019/20 quarter-final.