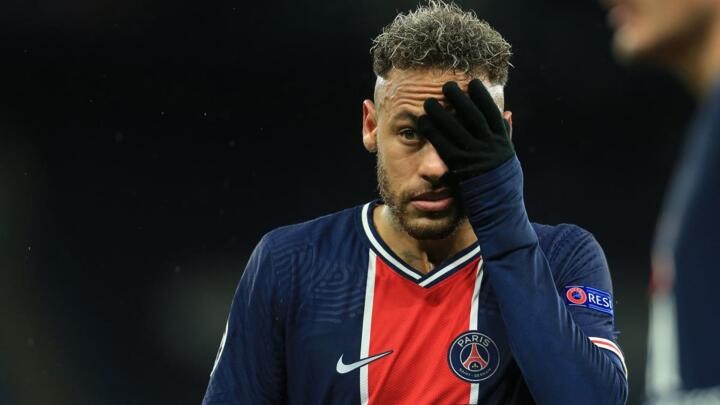 Leonardo was asked about the futures of Neymar and Kylian Mbappé after Paris Saint-Germain were eliminated from the Champions League.

Paris Saint-Germain sporting director Leonardo said while now is not the time to decide what is next for Neymar and Kylian Mbappé, he is "optimistic for the future".

Neymar was unable to lead a comeback on Tuesday as Mbappé watched from the sidelines – PSG beaten 2-0 by Manchester City, who progressed to the Champions League final 4-1 on aggregate.

Last season's runners-up PSG failed to land a single shot on target against City – the first time the French side have failed to do so in a Champions League game since 2003-04.

After falling short of the Istanbul showpiece, attention immediately turned to the futures of star duo Neymar and Mbappé, who are both out of contract in 2022 amid ongoing speculation.

Neymar has previously said "everything is almost settled" in regard to a PSG contract renewal though he continues to be linked with a Barcelona return, while Mbappe has been tipped to join Real Madrid.

Leonardo: "Now is not the time to decide or announce anything"

"Honestly, now is not the time to decide or announce anything," Leonardo told RMC Sport. "We must be proud of what we have done.

"Our goal is to win. We played better in two out of four halves, we scored weird goals. There are a lot of positive things.

"We got out of very difficult situations during the competition. I'm optimistic for the future."

Riyad Mahrez scored twice for hosts City in Manchester, where PSG star Ángel Di María was sent off for kicking out at Fernandinho with 21 minutes remaining.

PSG – who will now turn their attention to defending their Ligue 1 crown – were hoping to reach back-to-back finals, but Leonardo added: "We cannot forget what we have done over the past two years. We reached the final and lost 1-0 against a team that won everything. This year, we eliminated Barça and Bayern.

"The objective is always to win. Our form has made us a real candidate to win the Champions League. We must continue. It has been a very complicated year. We must be satisfied."

Verratti and Herrera reacted angrily to the decision to send off Di María as PSG became just the third team to receive a red card in both legs of a Champions League semi-final after Deportivo La Coruna-Porto (2003-04) and Lyon-Bayern Munich (2009-10).

Herrera added: "We talk about respect with the referees. The referee tonight said f*** off to [PSG midfielder] Leandro Paredes. If we say that, we get a three or four-match ban."

On the incident, Leonardo said: "We talked about that. It's so clear that I don't even comment. It's a shame. I think there were a lot of situations that weren't possible - not being well managed."