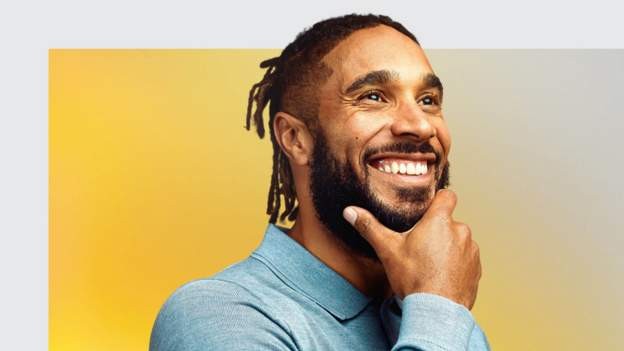 Wales are in a weird position for the next couple of days because we are not definitely out of the World Cup yet, but we know we are really.

Being realistic, we have to forget about making the last 16 because our chances are so slim. Instead, our focus should change to just leaving this World Cup on a high.

That's the mentality I would have as a player in this situation and then if by some miracle we do stay in the tournament, the celebrations would be unbelievable.

So we have to lift ourselves for this final game in Group B and it obviously really helps that we are playing England on Tuesday.

That's a massive occasion in any situation, but especially because it's the first time we have met at a World Cup.

We haven't beaten them since 1984 so, if we win, whoever scores will probably be a hero for life in Wales.

'England are always the favourites against Wales'

No-one will give us a chance against England and I know the feeling. I played them three times for Wales, and they were the favourites on each occasion.

In 2011, when we faced them home and away in the same qualifying group for Euro 2012, we did feel like huge underdogs. It was a bit of a little brother versus big brother scenario, and our feeling was 'let's see what we can get'.

And, at Wembley, we nearly did get something. Rob Earnshaw had a great chance to nick a point for us late on but fired over the bar.

When we played them next, at Euro 2016, it was different. I was captain and we were bang up for that one, I can assure you.

We went 1-0 up through a Gareth Bale free-kick and, even when England equalised at the start of the second half, we were the ones pushing for a winner.

We felt we could get it too, and then we were hit by a stinger right at the end when Daniel Sturridge scored their winner in stoppage time.

At no point, though, did we feel as if we had no chance and it will be the same with this team, despite their disappointing performances so far in Qatar.

The difference six years ago was that we had virtually a full team of Premier League players, who were all playing regularly.

And we also had two special players in Aaron Ramsey and Gareth Bale. Gaz was one of the best three players in the world then, without a shadow of a doubt, but Ramsey was sensational for us in France too.

Neither of them have been at that level here, unfortunately. It's not for any lack of effort, but I am sure Gaz would admit these two games have not been his best.

It is the same with Aaron. He has worked so hard in both games but it has just not happened for him when he has got on the ball in the way we are used to seeing.

This time, against England, we may need someone else to step up. I'd love for Brennan Johnson to get a goal and make a name for himself at the start of his Wales career but, whoever manages it, they will go down in Welsh folklore.

'We don't want to leave under a cloud'

It's hard to be a leader when you are hurting inside yourself, but if I was Wales captain now, I would be doing my upmost to get over the Iran game and to also get everyone else's head right too.

My message to the other players would be simple: if we are going home in a few days, we don't want to leave under the cloud of what happened against Iran. Let's dig deep and show the world what Wales are really about, which is what we came here to do.

I can imagine that Friday was one of the worst days ever for everyone connected to the team. I know it was horrible for the fans, but it is magnified 100 times when you are in the camp.

The players will have had a tough few hours but they still have another game and another chance to change the mood and the way this tournament will be remembered.

'I am confident Wales can turn this around'Wales fans gutted to lose against Iran, but hope they will beat England in their final game

We can't complain about where we are in Group B. We are bottom because we haven't performed, or done ourselves justice.

The Iran defeat was the first time in a long time that questions have been asked about this team. Now it is time for them to show what they are made of, and dig in.

They did that against Austria and Ukraine to get us here, and numerous times when I was with them too.

I am good mates with most of them. I know their characters and mentality and I know they can turn this around.

I am not talking about reaching the last 16, because that has gone now. We don't even have to beat England, we just have to put on a performance for the travelling fans and everyone back home.

So, there is still a heck of a lot to play for from our perspective and it would be the same even if we were already absolutely certain we were going home.

Ashley Williams was speaking to Chris Bevan in Doha.