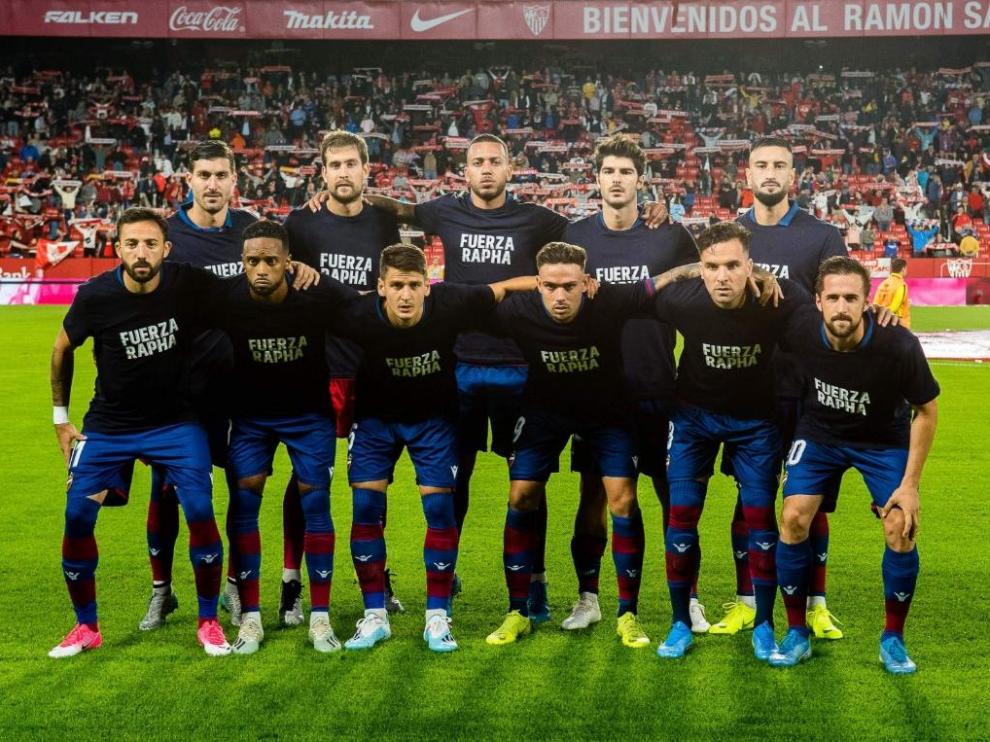 The players of Levante which is the parent club of the Ghanaian striker had "Strength, Dwamena" emblazoned across their chests.

The 24-year-old has been ruled out of action indefinitely due to a heart problem.

Dwamena’s case is more delicate, taking into account that in 2017 he was going to sign for English Brighton Hove & Albion, but he did not pass the medical check-up for some supposed heart problems.

However, he ended up at Spanish La Liga side Levante, where they did not detect any anomaly, as in Real Zaragoza so far.

Dwamena, who joined Real Zaragoza on loan last summer from Levante, has two goals in nine appearances this season.

He has been capped nine times by Black Stars and has scored two goals.