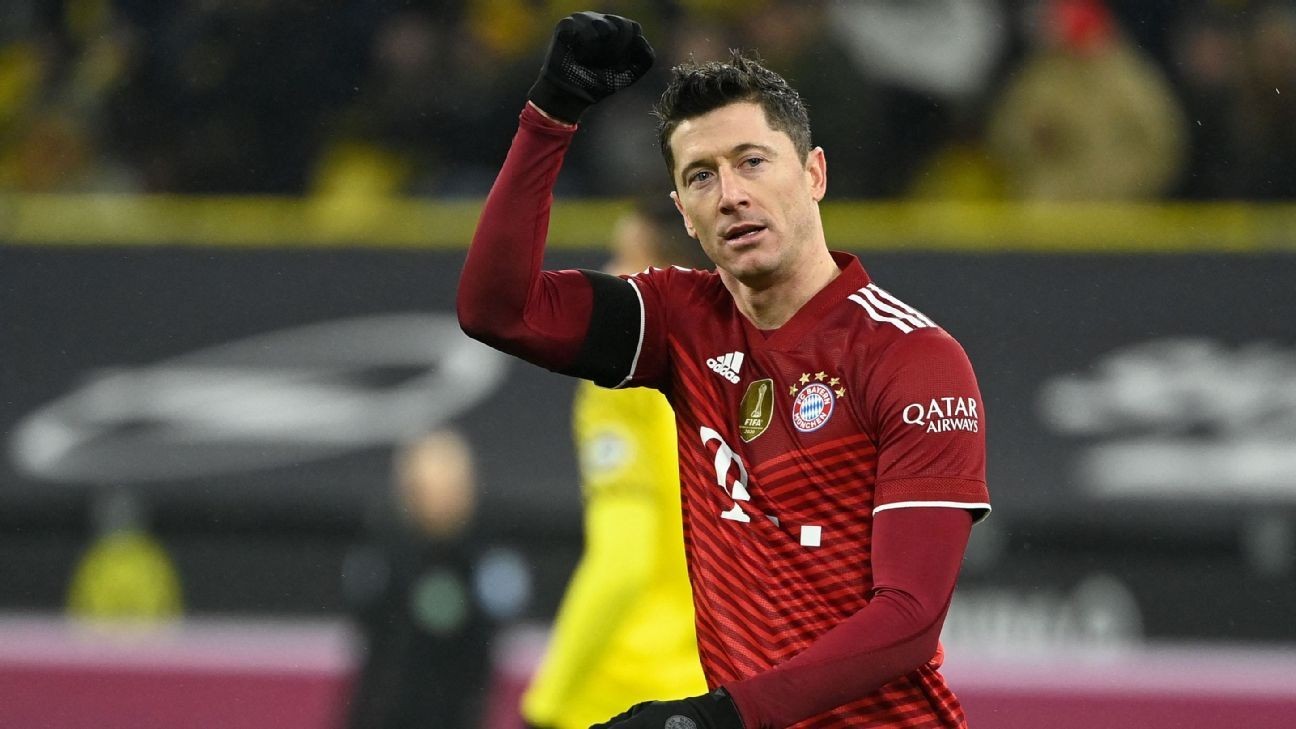 Top scorer Robert Lewandowski scored twice, including a second half penalty, to guide the German champions to a crucial 3-2 victory at title rivals Borussia Dortmund on Saturday and a four-point lead at the top of the Bundesliga.

The Pole -- ranked the top striker in ESPN FC 100 -- opened his account in the in the ninth minute to level after Dortmund had taken an early lead through Julian Brandt, and then converted a 77th minute spot kick to seal victory with his 16th goal of the campaign.

Kingsley Coman had put Bayern in front a minute before the break before Erling Haaland -- the No. 2 striker behind Lewandowski in ESPN's list -- had equalised for the hosts with a superbly curled effort in the 48th.

In an action-packed encounter Dortmund coach Marco Rose was sent off with a second booking for dissent following the penalty decision.

Bayern, chasing a record-extending 10th league crown, move up to 34 points with this sixth straight league win over their rivals, leaving Dortmund in second place on 30. Bayer Leverkusen are in third place on 27.