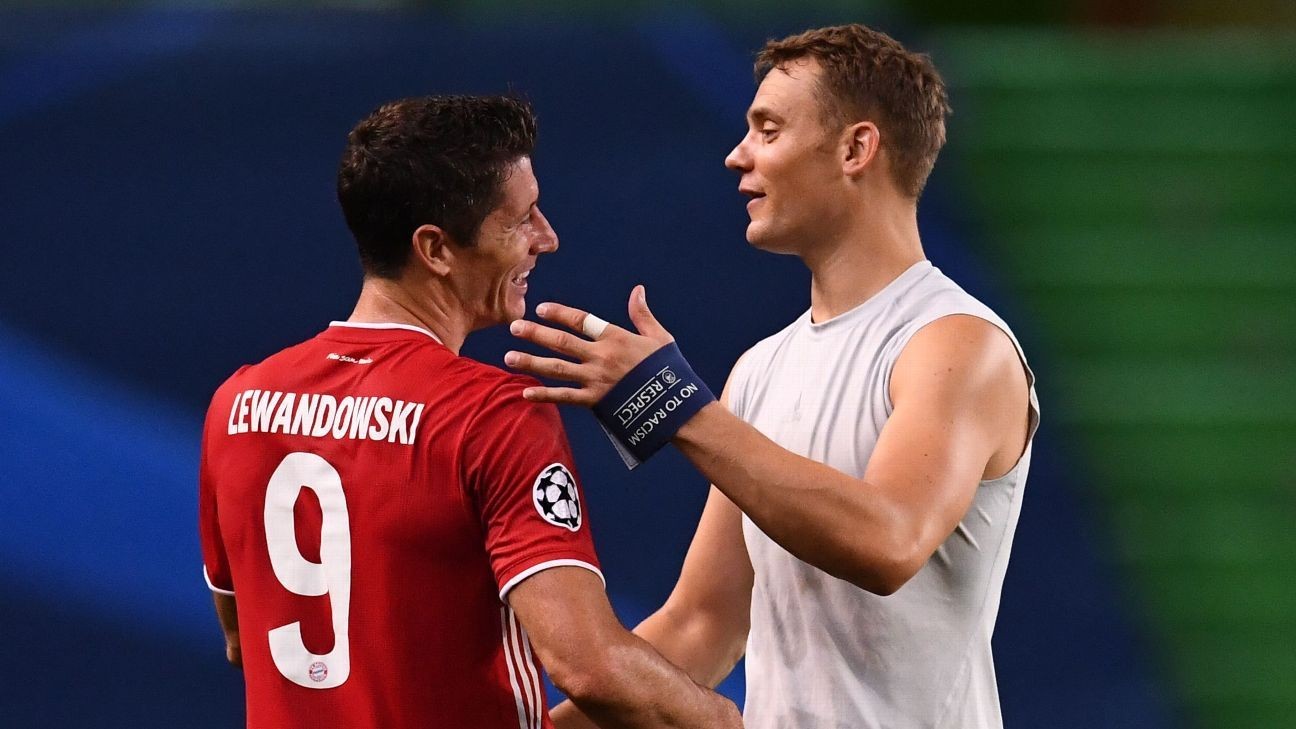 Bayern Munich pair Robert Lewandowski and Manuel Neuer as well as Manchester City midfielder Kevin De Bruyne have been shortlisted for the UEFA men's Player of the Year award for the 2019-20 season.

Lewandowski and Neuer also were part of a Bayern squad that won the domestic treble this season.

Lewandowski, who said he felt he deserved the Ballon d'Or this year before the event was cancelled due to the coronavirus outbreak, scored 34 goals in the Bundesliga and finished runner-up to Lazio's Ciro Immobile in the race for the European Golden Shoe. In total, he scored 55 goals in 47 appearances last term.

De Bruyne was key in helping City reaching the Champions League quarterfinals. The midfielder also provided a record-equalling 20 assists in the Premier League last season --the highest in Europe -- and was voted the PFA Players' Player of the year.

Bronze, formerly of Lyon, won the award in 2018-19 and secured a third consecutive Champions League title before moving back to City. French defender Renard was integral to Lyon's success, scoring five goals in the competition. She has also been part of nine Champions League finals in 11 seasons, lifting the trophy seven times. Harder scored nine goals en route to the final with Wolfsburg.

For the Men's Coach of the Year award, the nominees were Bayern's Hans-Dieter Flick, Liverpool's Jurgen Klopp and RB Leipzig's Julian Nagelsmann, while Barcelona's Lluis Cortes, Wolfsburg's Stephan Lerch and Lyon's Jean-Luc Vasseur made the shortlist for the women's award.

The awards will be presented at the 2020-21 UEFA Champions League group stage draw ceremony on Oct. 1.