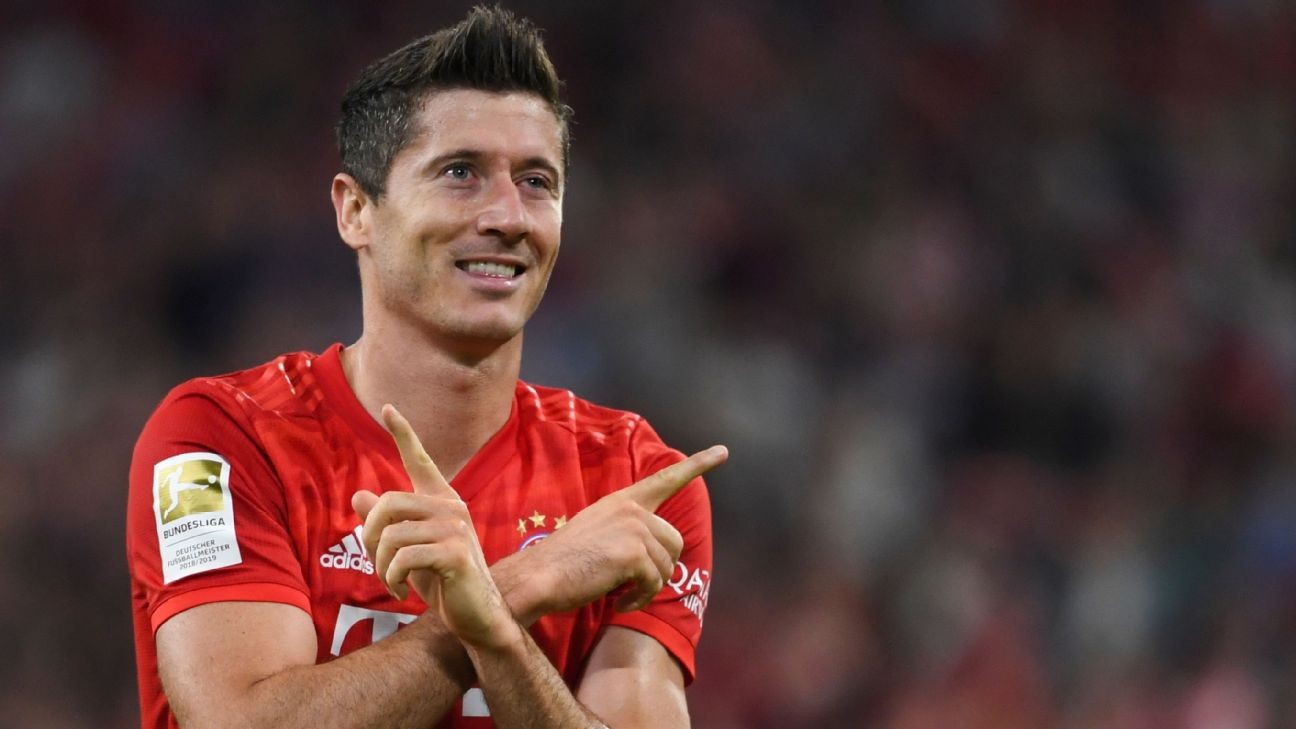 ESPN FC's Stewart Robson and Alexis Nunes discussed what Robert Lewandowski needs to do to in order to remain a top class striker for years to come.

Robert Lewandowski has extended his Bayern Munich contract by two years until 2023.

The Poland international, who has been linked with moves to Real Madrid or Chelsea in the past, will be almost 35 by the time his contract expires. He has not ruled out a move to MLS before retiring from football.

- Bundesliga preview: Is this the year Bayern finally slip?

Having won seven Bundesliga titles with Borussia Dortmund and Bayern as well as three German cups, Lewandowski is still waiting for his first international trophy.

As a Dortmund player in 2013 he played in the all-German Champions League final at Wembley, but lost 2-1 to Jupp Heynckes' Bayern.

"You can feel that club and fans are dreaming of Champions League," Lewandowski said in a recent Sport Bild interview. "Bayern have the same goals as I have: Win titles and also the Champions League."

Lewandowski, 31, has been the Bundesliga attacker of the decade, scoring 207 goals in Germany's top-flight in just 292 appearances.

A four-time Bundesliga top scorer, Lewandowski is only 61 goals away from Klaus Fischer, who ranks second behind the uncatchable Germany legend Gerd Muller with 365 goals in 427 Bundesliga matches.

"Maybe I can reach the 300-goal mark," Lewandowski said in Sport Bild. "I want to continue to play football at the top level for the next five, six seasons."

This season, Lewandowski is off to a flying start once again, scoring all five Bundesliga goals for Germany's record champions Bayern so far.

By adding another one against Mainz at the weekend he could equal a 23-year-old league record held by Jonathan Akpoborie, who scored Hansa Rostock's first six goals in the 1996-97 season. However, the long-retired Nigeria international needed six match days to reach the tally.