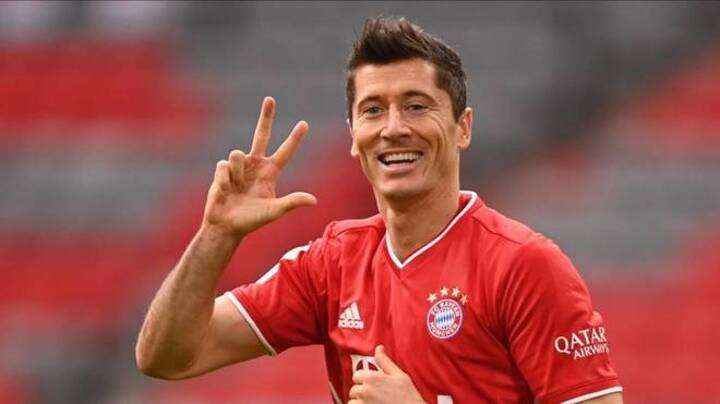 Robert Lewandowski is the only player of the five major European leagues to be ranked in the top 10 in the race for the Golden Boot so far this season.

There is no LaLiga Santander that player makes the list as Luis Suarez, Ansu Fati, Mikel Oyarzabal, Paco Alcacer and Portu, who are joint top scorers in Spain's top division, with four goals each, which means they have registered eight points.

Following his hat-trick in Bayern Munich's game against Eintracht Frankfurt on Saturday, Lewandowski has mustered 10 goals in five Bundesliga games.

Surprisingly, Lionel Messi, who was won more European Golden Boots than any other player in the history of the prize, has only netted once in Barcelona's first five LaLiga Santander matches this season.

Kylian Mbappe occupies 36th place of the Golden Boot rankings with six goals, the same as Mohamed Salah who comes 39th. Other elite strikers such as Erling Haaland and Harry Kane sit 78th and 79th, respectively, with five goals apiece.

Only domestic league goals are taken into consideration and not those scored in the Champions League or in cup tournaments. The points are determined by each league's ranking in the UEFA coefficients.

Thus, goals scored in the five major leagues (Spain, France, Germany, England and Italy) are multiplied by a factor of two, with those scored in Portugal, Holland or Turkey multiplied by 1.5.

Minor leagues do not have a multiplication factor and in the event of a tie-on points, the first tiebreaker criterion will be the number of minutes played in their respective league championships.