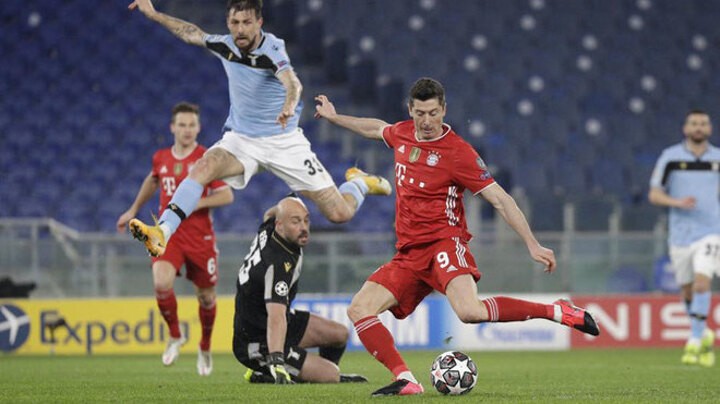 Nine minutes was all it took for Robert Lewandowski to open the scoring for Bayern Munich in the first leg of their last 16 tie with Lazio.

The goal was a momentous one for the Polish striker, who moved out on his own as the third highest goalscorer in Champions League history.

The 32-year-old has now scored 72 goals in 95 Champions League matches, bettering the total of 71 goals in 142 matches registered by Raul.

Karim Benzema is also closing in on the Real Madrid legend, having scored 69 goals in 125 Champions League games.

Cristiano Ronaldo and Lionel Messi lead the way in the standings on 134 and 119 goals respectively. The Argentine has played 27 fewer games than the Portuguese.

Lewandowski's opener against Lazio was his 32nd goal of the season in 31 games in all competitions. He's now scored 25 goals in the knockout stages of the Champions League.