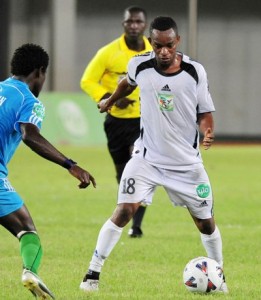 Michael Helegbe is convinced his Liberty side will at least come away with a point in Saturday's Premier League game against Berekum Chelsea.

The Dansoman-based club started the new campaign on a bright note after registering a 2-1 home win over Aduana Stars on opening day.

And their good start is even more impressive considering their tough pre-season which included the loss of their inspirational President Sly Tetteh but the captain believes this start is about to get even better against the champions.

"We are aware Chelsea are the reigning champions and they have good players but names do not play football nowadays," he told GHANAsoccernet.com.

"We have prepared ourselves very well over the week and we believe our worst result in Berekum will be a draw."

A win will sendÂ theÂ Scientific Soccer Lads to the summit of the one-week old league ahead of the remaining fixtures which will be honoured on Sunday.