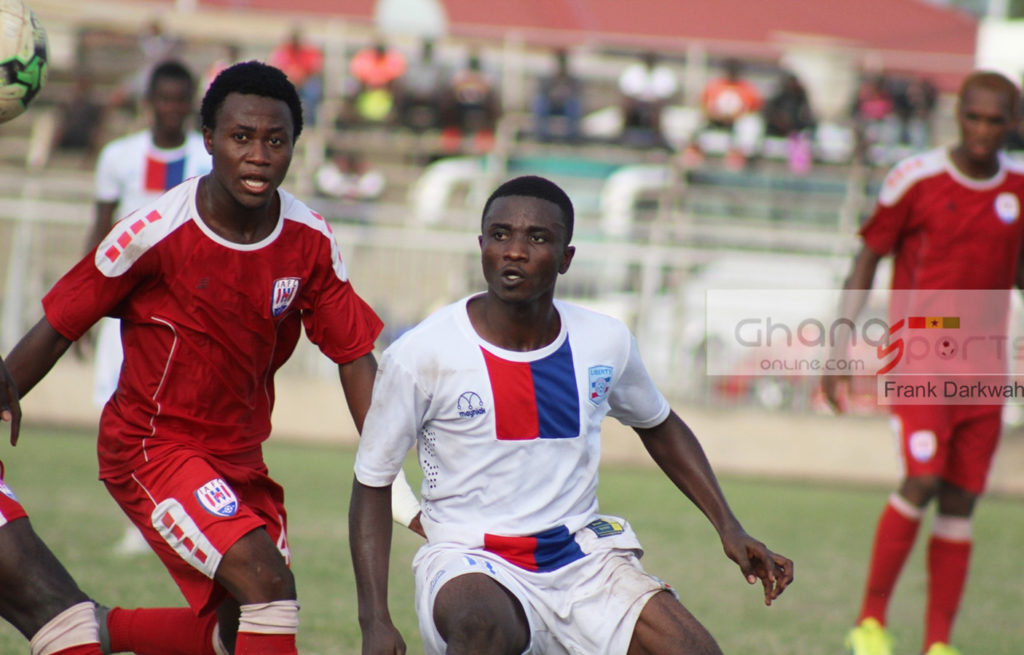 Liberty Professionals midfielder Bright Andoh says they are satisfied with the 1-0 victory over Karela United in Match Day 12 of the Ghana Premier League played on Sunday.

The "Scientific Soccer Lads" returned to winning ways after five games without a win after Benjamin Eshun scored the only goal in Dansoman to tame giant killers, Karela United.

Meanwhile, Bright Andoh, who played an influential role in the game was adjudged man of the match following his impressive display in the game.

Andoh, who was speaking to reporters after he game said the win was important and a good one for the club after going five games with victory.

"We've always believed in ourselves from game to game we improve all the time," he said. "Even last time against Hearts we could have won but just that we could not utilize our chances," he added.

"We have confidence in ourselves that if we play according to what we want to play we can win all the games so I think it was a good game."

Liberty Professionals have struggled this season following the departure of some of their key players including the club's top scorer last season, Bernard Arthur and the dependable defender Samuel Sarfo.

The Dansoman soccer lads have been poor upfront and the win against Karela now puts them 13th on the table after 12 games.

Liberty Professionals will next face Bechem United in match day 13 of the Ghana Premier League.