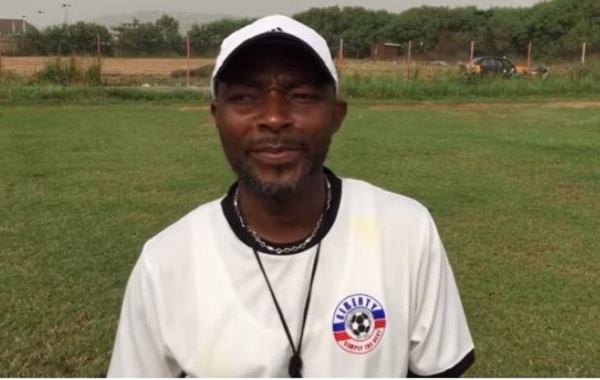 Liberty Professionals coach David Ocloo said he is 'a bit disappointed' after his side's 1-1 draw against Medeama SC at the Carl Reindorf Park on Saturday.

The Scientific Soccer Lads are chasing their first win of the season, after three draws in their first three games of the campaign.

Liberty Professionals' biggest chance of winning a game came on Saturday after taking an early lead against Medeama but substitute Nana Kofi Bail ensured the visitors snatched a late draw.

"It's unfortunate we had to draw today too but this is football," he said in a post match interview. "You lose, you draw and you win. I was a bit disappointed but I think it's fair."

Following draws against Legon Cities FC, Berekum Chelsea and Medeama, Coach Ocloo is worried by the concentration levels of his players.

"I think psychologically we are not up there and I think lack of concentration is a big factor but we will work towards that," he said.

Liberty Professionals will next play Ebusua Dwarfs before engaging Hearts of Oak on match day 4 and 5 respectively.