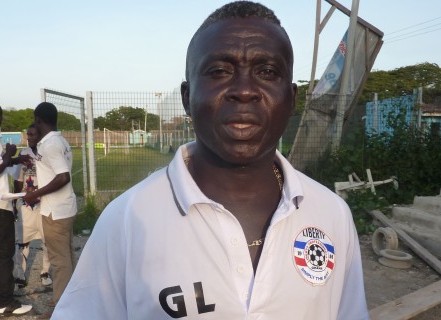 Liberty Professionals coach George Lamptey is foaming at the mouth because of the delay in the start of the Ghana Premier League.

There uncertainty over the commencement of the 2014/2015 campaign due to a court case between a relegated club King Faisal and the Ghana Football Association.

The matter was adjourned to next week after a hearing on Monday and that means the First Capital Plus Premier League can only start when the ruling is announced and both sides satisfied.

Liberty are among the many clubs who have been forced to extend their pre-season programmes because of the impending issue.

The league was scheduled to start on 21 September and the delay has infuriated Lamptey.

"We should do something, this time before you survive you have to pretend and lie and that is what everybody is doing and if you decide to say the truth you will have problems, Let us wake up and do something for we have proved to the world that we have it so let us not bring it down.

"This delay in starting the league is giving us big problems, you go on pre-season and the league delays, we have to find ways of maintaining players before the league starts, we keep paying them and so many things going wrong for us.

â€œWe beg those in charge and those who can help arrange this to come together, this is our country we canâ€™t always pretend and lie.â€