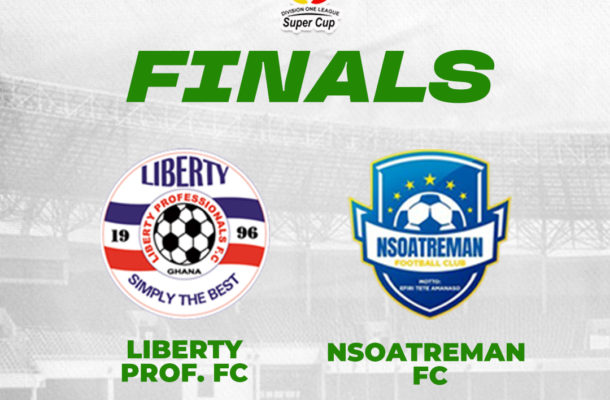 Liberty Professionals will battle against Nsoatreman FC in the final of the Division One League Super Cup Friday afternoon.

Both sides are featuring in the competition for the first having met in the Group stage on the opening day of the off season tournament.

Nsoatreman FC finished behind Liberty Professionals in Group A as they both won one and drew two - in a Group that housed Akyem Oda Kotoku Royals and Mysterious Ebusua Dwarfs.

In the Semi final - Nsoatreman FC had to dig deep to beat Tamale City on penalty shootouts while Nana Kwame Oppong scored the only goal of the match against 1996 Samartex FC to sail through.

Liberty Professionals aim to win the off season championship to appease their fans after missing out on Premier League qualification on twice this season.

For Nsoatreman FC and Coach Mohammed Gargo, winning the title would crown a successful 2021/22 campaign having already secured Premier League qualification in Zone One.