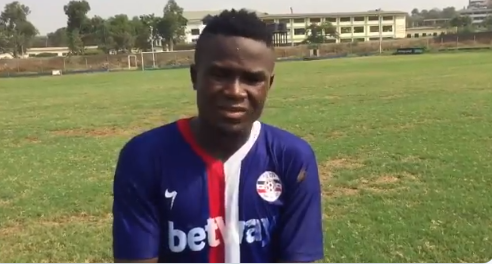 The Scientific Soccer Lads travel to Kumasi to play the Porcupine Warriors in one of the top liners of the GPL on match the day.

Ahead of the game, Nuhu says his side are mentally ready for the record Ghana Premier League champions after back to back victories on the road.

"Our training session since Monday has been effective," he said. "We are really prepared and mentally ready to win against Kotoko," he added.

After wins against Ebusua Dwarfs in Cape Coast and WAFA in Sogakope, the 21-year old insists they are travelling to Kumasi with the same mentality for victory.

"We are taking the same spirit to Kumasi, the motivation is very high, the boys are very psyched and we are going to score Kotoko," he said.

Liberty have lost only a game this season, after collapsing in the final five minutes against Hearts in Dansoman but have gone on to win two away games and a draw at Berekum Chelsea.