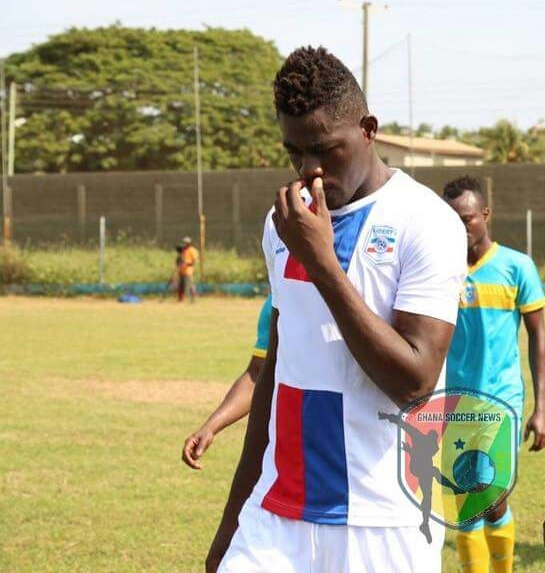 The Ghana Premier League champions Aduana Stars are making frantic efforts to strengthen their side ahead of the CAF Champions League campaign and the title defence next season.

Zibo, who has been likened to to Manchester City star Yaya Toure for his combative play and sense of brilliance on the ball has been on the radar of the champions who will be representing Ghana in next year's CAF Champions League campaign.

The player who has caught the eye of many clubs, both local and foreign, has confirmed that the champions have opened talks with him for a possible move.

"I can confirm that Aduana Stars have approached me for my services and are more active but they have been asked to officially write to my club - Liberty Professional," he told Fox FM in Kumasi.

"For me am a footballer and in football we play to progress so if someone wants to offer me a chance to partake in the continental competition, I cannot say no".

"Am left with one more season to play at Liberty and I don't want to hurt them, but if Aduana gets the green light from my club I have no problem (moving) at all," he added.

Aduana Stars are reported to have expressed interest in a few other top players in the local league to aid them make a huge impact in their CAF Champions League campaign.