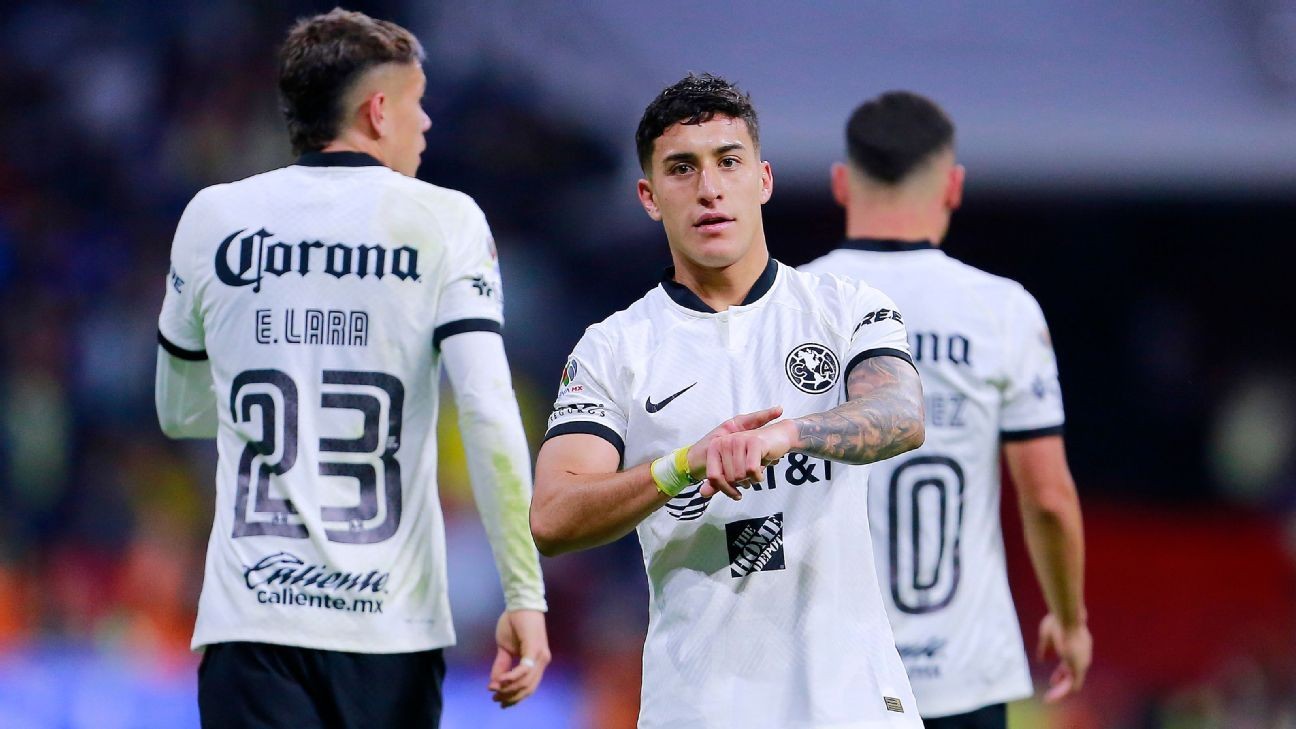 Another weekend of Liga MX is in the books, and the latest jornada (match week) of the 2023 Clausura gave us plenty of talking points, including: U.S. men's national team call-up Alejandro Zendejas prospering for Club America, Pumas moving on from the Dani Alves era of the team, a hat trick for Monterrey forward Rogelio Funes Mori, and much more.

If you missed any of it, here are the three big talking points and a few additional notes from Week 3 of the Liga MX season.

Just three days after earning his first-ever call-up to the senior U.S. men's national team, the 24-year-old attacking midfielder took full advantage of his new spotlight. Despite Club America stumbling to a 2-2 draw at home against Puebla last Saturday, Zendejas shined brightly with a highlight-worthy goal and assist.

Now with the USMNT and set for a possible debut in a friendly against Serbia this Wednesday, the Mexican-American will aim to raise his resurgent stock even higher.

Once a middling option for Chivas despite previous experience in the youth national team programs for both Mexico and the United States, Zendejas eventually discovered an early renaissance in his career after flourishing with Necaxa from 2020-21. Club America soon took notice, as did Mexico's senior national team, which brought him along for a couple of friendlies in 2021 and 2022.

Alejandro Zendejas tallied a goal and an assist in Club America's 2-2 draw to Puebla over the weekend in Liga MX. Mauricio Salas/Jam Media/Getty Images

That had some unintended negative consequences for the Mexican federation: without a one-time switch signed by the former U.S. youth national team player, Zendejas was ineligible to represent El Tri in those friendlies, and Mexico was fined 10,000 Swiss francs ($10,900) by FIFA and forced to retroactively forfeit the matches in which Zendejas played.

With the complications with El Tri now out of the way, Zendejas can now refocus his efforts as not only a key figure for Club America, but also as a potentially important player for the USMNT in the beginning of a new World Cup cycle.

Six months after arriving to Mexico as the most high-profile Liga MX signing of 2022, Brazilian international Dani Alves was officially dropped by Pumas on Friday amid accusations of sexual assault.

"This is an institution that promotes respect and the correct, dignified and professional behavior of its male and female players both on and off the field," said Pumas president Leopoldo Silva about Alves, who is being held on charges after an alleged incident with a woman in a Barcelona nightclub in December. "We cannot permit any conduct that would damage our philosophy."

The news, announced just two days before Pumas' match against Leon, was a massive setback for the club's on-field ambitions as Pumas suddenly found themselves without their leading figure who had collected four assists in his last nine appearances.

And yet, Pumas looked like they didn't skip a beat over the weekend. To open the post-Alves era of the club, Pumas immediately bounced back on Sunday with a convincing 4-1 home win against Leon led by a brace by forward Juan Dinenno.

For new manager Rafael Puente Jr, the result also highlighted the drive and hunger that remains for his team that is now two for two this season at home.

"I told them: Where your legs don't reach your heart will, and if there's one thing this team has, it's heart," he said.

Now the current leading goal scorer of the Clausura with a total of four goals to his name, the Argentina-born Mexico forward was clinical for Monterrey and needed just 67 minutes to earn his trio of goals.

In a festive atmosphere at the Estadio BBVA as the club also celebrated the 1000th game managed in Mexico's top flight by Victor Manuel Vucetich, Funes Mori and the rest of the Monterrey squad were highly aggressive and energetic. By the final whistle, the 3-1 result was enough to eventually move them up to third in the table and just one point behind crosstown rivals and league-leaders Tigres.

For a talented team that's often done so many things right outside of finishing chances in the final third, Funes Mori's performance is an example of how truly dangerous Monterrey can be when their forwards are decisive with their chances. There's an embarrassment of riches when it comes to Monterrey's depth of chance-creators, meaning that as long as Funes Mori is in-form, there's no reason why Los Rayados can't be title-contenders.

"Winning is always important, but I think what's more important is how it's achieved," Vuectich said after the match. "We have to analyze aspects that allow us to continue growing."

- Elsewhere in Week 3: A goal and assist from Harold Preciado pushed Santos Laguna to a 2-1 away win over Mazatlan, Tigres forward Andre-Pierre Gignac scored the equalizer in a 1-1 away draw with Club Tijuana, Marcel Ruiz found a late game-winner for Toluca in a 2-1 victory against Chivas, Cruz Azul remained winless in 2023 after losing 1-0 to Necaxa, Atlas and Queretaro went back-and-forth in a thrilling 3-3 draw, and Pachuca scored their 10th goal of the season in a 4-1 win over FC Juarez.

Herculez Gomez and Sebastian Salazar debate the biggest storylines and break down the best highlights that soccer in the Americas has to offer. Stream on ESPN+ (U.S. only)

- Across the league, Liga MX clubs held moments of silence to pay their respects to Anton Walkes, the Charlotte FC defender who sadly passed away last week. Liga MX also released a statement to express their condolences.

- Chivas announced that Mexico international Alexis Vega will need six to eight weeks to recover from a surgery on his right knee. Vega's absence will be a massive one through at least the midpoint of the regular season.

- 15 three-team groups were revealed for this summer's expanded Leagues Cup tournament. The month-long competition, which begins in July, will feature each and every Liga MX and MLS club.