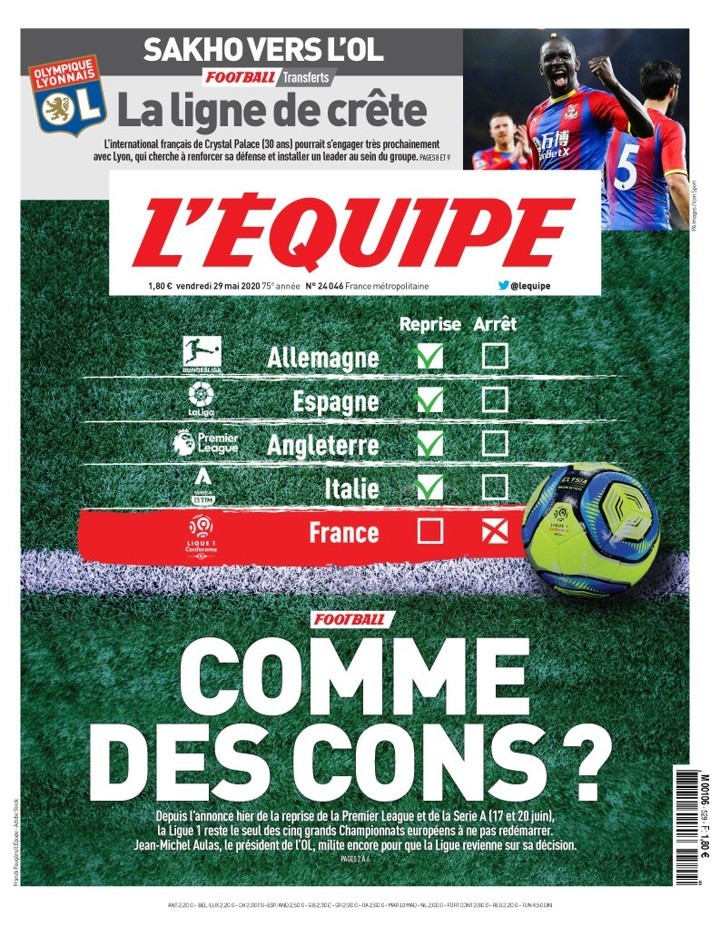 The Bundesliga is back, LaLiga is soon to return and the Premier League and Serie A should shortly follow, which has led L'Equipe to criticise the decision taken to call off the 2019/20 Ligue 1 season.

After French government announced rules to put sport on hold until September due to the coronavirus crisis, the Ligue 1 season was cancelled and PSG were crowned champions.

"Like idiots?" asked PSG's front page on Friday, highlighting how the other four major European leagues have put together pathways to a footballing comeback while French football will have to watch on from the sidelines.

Lyon president Jean-Michel Aulas has been very critical of the decision and recently called those involved "idiots" as well.