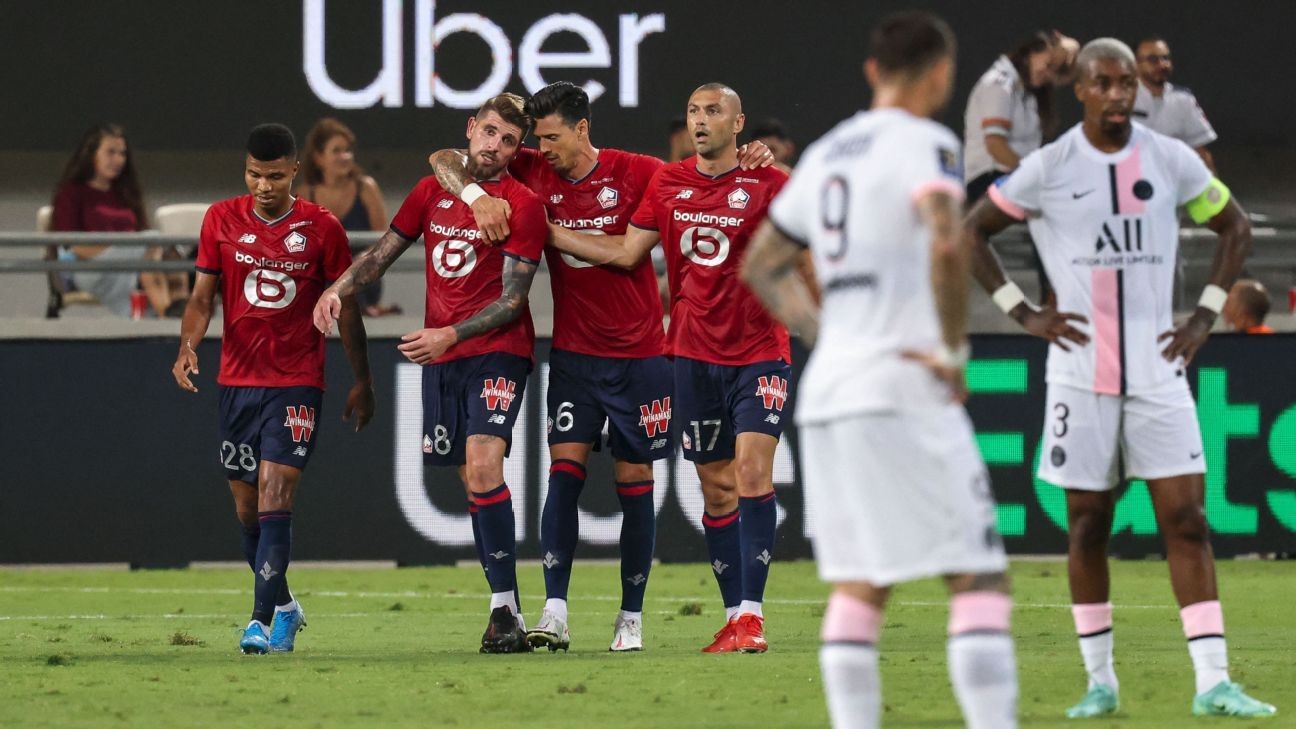 Galtier guided Lille to one of the biggest upsets in French soccer but then left to join Nice, with Gourvennec taking over at Lille in the offseason and helping the northern club win the trophy for the first time.

Xeka settled a tight game in Tel Aviv with a fine strike from the edge of the penalty area that beat goalkeeper Keylor Navas and found the top corner just before halftime.

Lille beat and drew against PSG last season without conceding a goal, and kept another clean sheet this time despite selling France backup goalkeeper Mike Maignan to AC Milan.

The French league begins on Friday.

PSG visits promoted Troyes on Saturday and Lille is at Metz on Sunday.