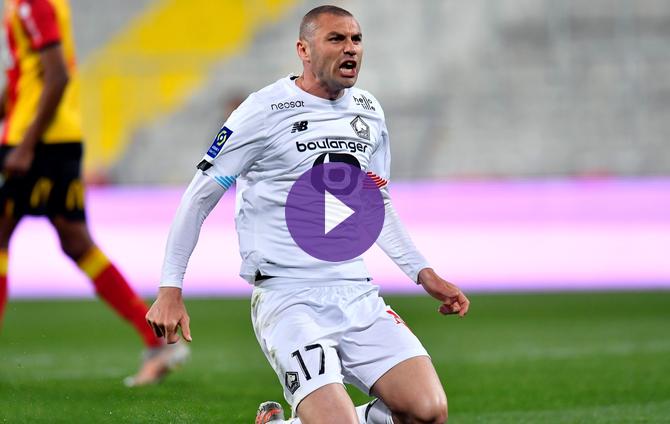 Lille took a significant stride towards the Ligue 1 title with a resounding 3-0 derby win at Lens on Friday.

The result – a fifth win in their last six league games – moved them four points clear of second-place Paris Saint-Germain, although Mauricio Pochettino's side can restore the one-point deficit with victory over Rennes on Sunday.

Should the reigning Ligue 1 champions lose, Christophe Galtier's side can seal a first league triumph since the 2010-11 season against Saint-Etienne in their penultimate game of the campaign on May 16.

Burak Yilmaz got them on their way in the fourth minute, slotting home from the penalty spot after Jonathan Bamba had been fouled in the area by Seko Fofana.

Clement Michelin received a second yellow card for the hosts in the 35th minute, with Yilmaz scoring his second five minutes later courtesy of a stunning 25-yard strike into the top-left corner.

Jonathan David added a third on the hour mark as Lille cranked up the pressure on PSG, whose run of three straight league titles is in grave danger of coming to an end.