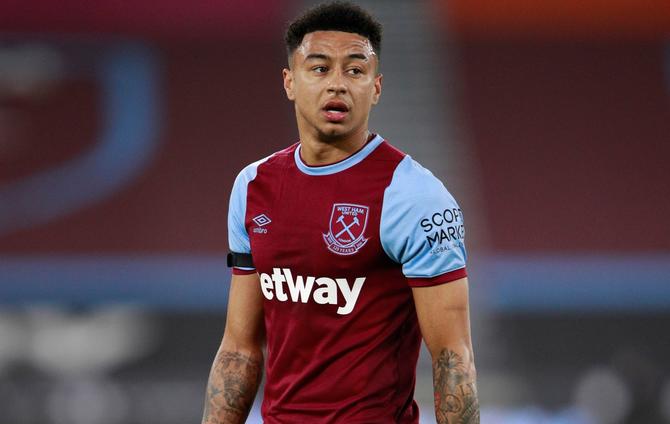 Jesse Lingard has been named the Premier League Player of the Month for April, winning the award after also being nominated in February and March.

The attacking midfielder has thrived since joining West Ham on loan from Manchester United.

Lingard scored four goals and added an assist in four appearances over the course of the month as West Ham continued their push for a European place.

He has nine goals and three assists in 13 Premier League outings for West Ham so far since joining, having been out of the picture under Ole Gunnar Solskjaer in the first half of the season at Old Trafford.

The fine form he has shown earned Lingard an England recall in March.

Mason Greenwood was one of the other members of an eight-man shortlist which also contained Trent Alexander-Arnold, Stuart Dallas, Kelechi Iheanacho, Matheus Pereira, Allan Saint-Maximin and Chris Wood.

"I've been nominated for the past two months and even getting nominated is a great feeling for me," said Lingard, who recently received praise from Bruno Fernandes when the United playmaker labelled him the top-flight's best player over the past 10 games.

"I want to be up there as the best I can be and the best in the world.

"David Moyes has shown faith and given me the freedom in each game to go and perform."

He beat Sam Allardyce, Marcelo Bielsa and Solskjaer to the award after a month which saw Newcastle draw with Liverpool and Tottenham while recording wins over Burnley and West Ham.

It was a run of form that secured Newcastle's Premier League safety.

Bruce won the award for the first time after 19 years and 465 matches in the competition.