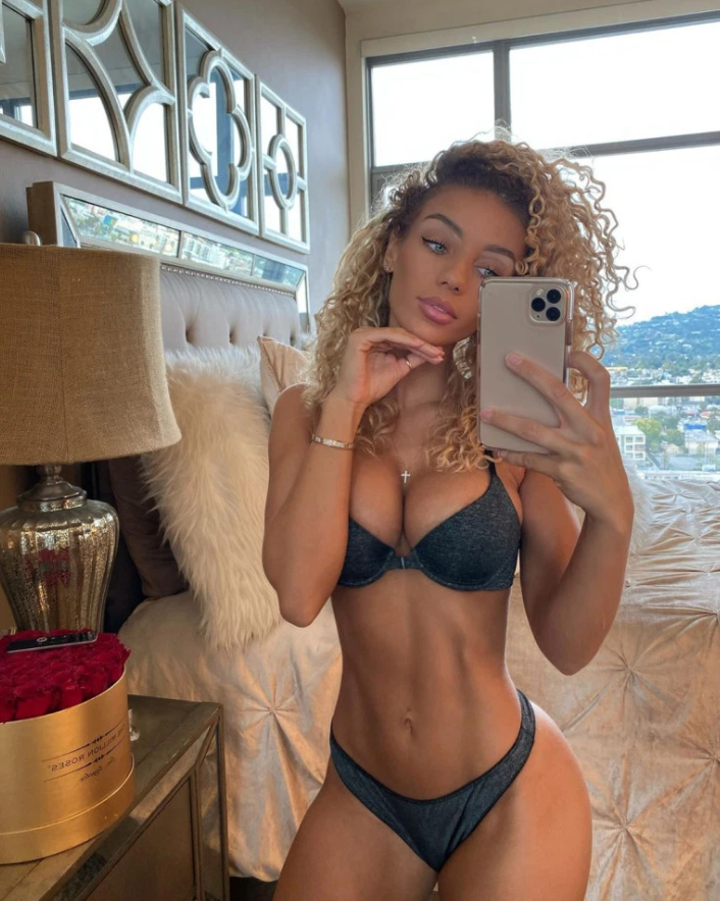 Jesse Lingard has been reminded what he is missing after his ex uploaded a string of saucy selfies.

The Manchester United midfielder was shown the red card by stunner Jena Frumes just under two years ago.

Lingard, 27, was dumped after playing away from home and bedding a fan.

Now with plenty of time on her hands in isolation, 24-year-old model Jena has been taking to Instagram to show Lingard what he once had.

With 3.8million followers, she showed off her remarkable figure in a string of revealing bikini pictures.

In one she is standing in her front room leaving little to the imagination in pale blue underwear.

Lingard and American Frumes were together for 15 months after meeting on one of United's pre-season tours of Los Angeles.

But The Sun revealed how their relationship came to an end following a fling with admin assistant Leonie Borek just hours after his team’s 1-2 derby defeat by Manchester City.

He invited her to his £3million Cheshire mansion where she found him eating Domino’s pizza and sipping Disaronno liqueur with Man United team-mate Marcus Rashford.

After Rashford and another pal left, Lingard romped with Leonie three times, including in a hot tub.

In October Jena was forced to deny claims that she was sleeping with Aston Villa ace Jack Grealish.

Grealish tweeted a photograph of him cheek-to-cheek with Jena following a night out.

After one of her Twitter followers asked: "You not s***ging Jack Grealish then Jena?"

She was quick to reply: "Absolutely not, just friends."