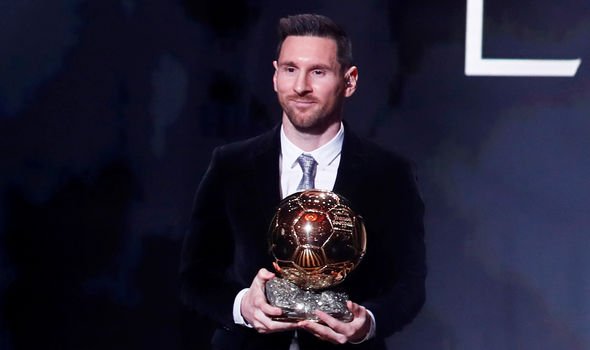 Barcelona superstar Lionel Messi was crowned the 2019 Ballon D'or winner, to claim the coveted award for a record sixth time.

Lionel Messi, arguably the greatest footballer of all time, was involved in 63 goals in total in the past 12 months for both club and country, including 46 goals and 17 assists as the playmaker helped Barca to retain their La Liga crown.

"I would like to thank all of the journalists who voted for me and wanted me to have this prize," said Messi after picking up the award in Paris on Monday night.

Meanwhile, Liverpool's Alisson won the inaugural Yashin Trophy for the best goalkeeper, ahead of Barca's Marc-Andre ter Stegen and Manchester City No 1 Ederson.

The other winner in Paris was Juventus' summer signing Matthijs de Ligt, who took home the Kopa Trophy for the best U21 player of the past year.